Home » Feature A » Nvidia introduces the GeForce RTX 3060, out in February
Feature AFortnitegeforce-rtx-3060hardwareLatest News From FortniteNewsNvidiaPC

Nvidia introduces the GeForce RTX 3060, out in February

Featuring high-performance architecture and the second generation of Nvidia RTX, the GeForce RTX 3060 brings ray-tracing capabilities and support for Nvidia DLSS and other technologies and is priced at $329.

It’s the new entry-level card, sitting just below the 3060 Ti, which we reviewed last year. 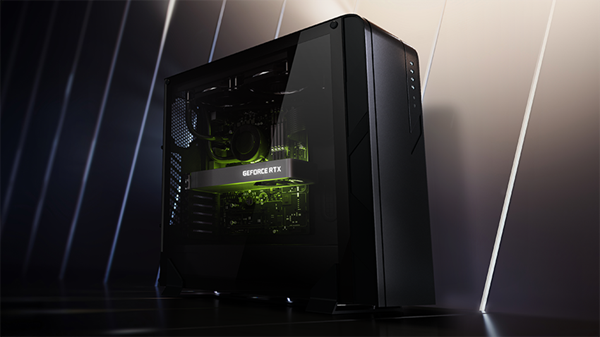 The GeForce RTX 3060 has twice the raster performance and 10x the ray-tracing performance of the GTX 1060, making it a nice upgrade opportunity with the ability to handle titles such as Cyberpunk 2077 and Fortnite with RTX On at 60 frames per second.

The RTX 3060’s key specifications include:

Resizable BAR will be supported on the GeForce RTX 30 Series starting with the RTX 3060.

When combined with a compatible motherboard, the PCI Express technology enables all of the GPU memory to be accessed by the CPU at once, providing a performance boost in many games. Like all RTX 30 Series GPUs, the RTX 3060 supports DLSS, Reflex, and Broadcast.

During the presentation, Nvidia also announced it’s RTX GPUs are coming to laptops. This includes the RTX 3060, 3070, and 3080.

Over half of the new GeForce RTX 30 Series laptops will offer 240Hz or higher refresh rates.

Laptops with an RTX 3080, the flagship laptop GPU, will run you $1,999 and upwards. Nvidia said it will be a super-fast laptop supporting over 100 frames per second with ultra settings at 1440p with 240 frames per second.

The GeForce RTX 3060 laptop will deliver 90 frames per second on the latest games with ultra settings at 1080p. RTX 3060 laptops start at $999 and are faster than laptops featuring GeForce RTX 2080 SUPER, which typically sell for $2,500.