Bleeding Cool previously told you that “The new Wonder Woman, Yara Flor, begins her story targetting incompetent, hypocritical and corrupt politicians in San Paulo, Brazil. The type who travel in helicopters to avoid the people they govern and the protests they generate.” 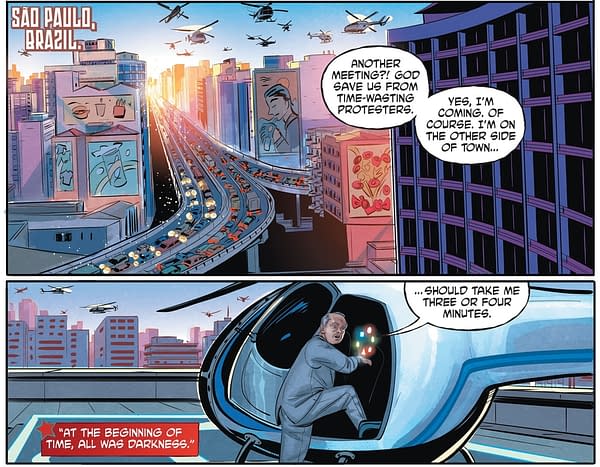 And today’s Future State: Superman/Wonder Woman #1 from DC Comics set in that near future reveals all. We had previously seen the future Wonder Woman, Yara Flor, in the Brazilain rainforests dealing with gods and deities, but today as well as dealing with the gods who live in her farm, she also has to deal with Brazilian city politics. 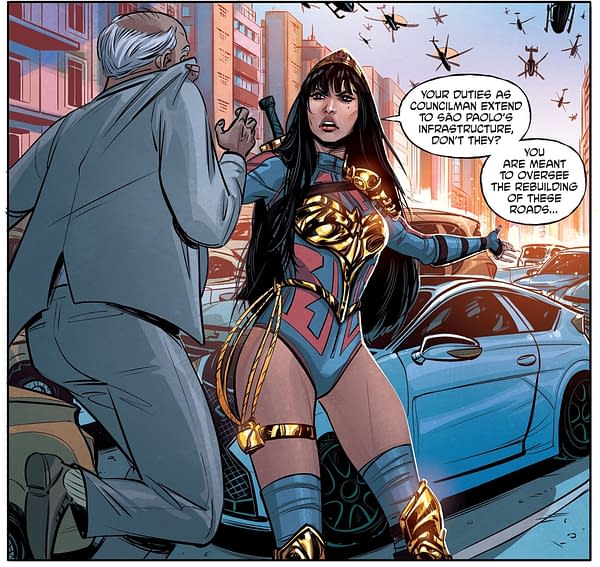 Rescuing a crashing helicopter – one of many filling the skies in the city of San Paulo, but giving its passengers a little bit of a talking to about their general responsibility to their fellow man. 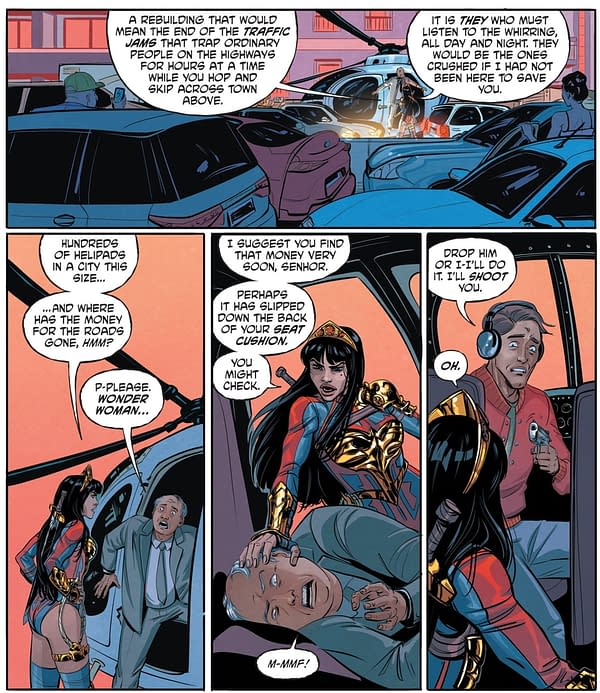 And giving the politicians – and helicopter pilots  – a lesson they will not forget in a hurry. 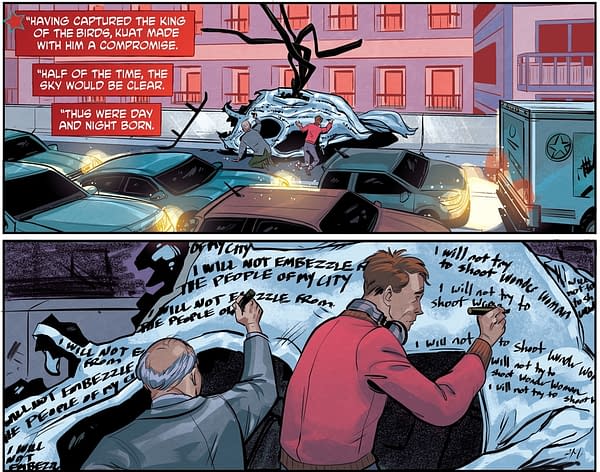 Of course, if you think this is too political for Wonder Woman, a) where have you been for the last eighty years and b) where were you when the magazine Ms. put her on the front cover of their first issue and c) Wonder Woman: Earth One Vol 3 is going to give you a real shock.

FUTURE STATE SUPERMAN WONDER WOMAN #1 (OF 2) CVR A LEE WEEKS
(W) Dan Watters (A) Leila Del Duca (CA) Lee Weeks
The sun has set on the heroes of the past, and a new age is dawning! As two arrogant gods challenge one another to a contest of strength, Superman and Wonder Woman are forced to take action to save their cities from the chaos. Together, Jonathan Kent and Yara Flor, man of science and woman of myth, have the potential to become something powerful, but that’s only if they can learn to get along! Can the two fledgling heroes put their differences aside long enough to save the world they have sworn to protect? This title is fully returnable at a later date.
Retail:

Netflix unveils a giant slate of movies for 2020