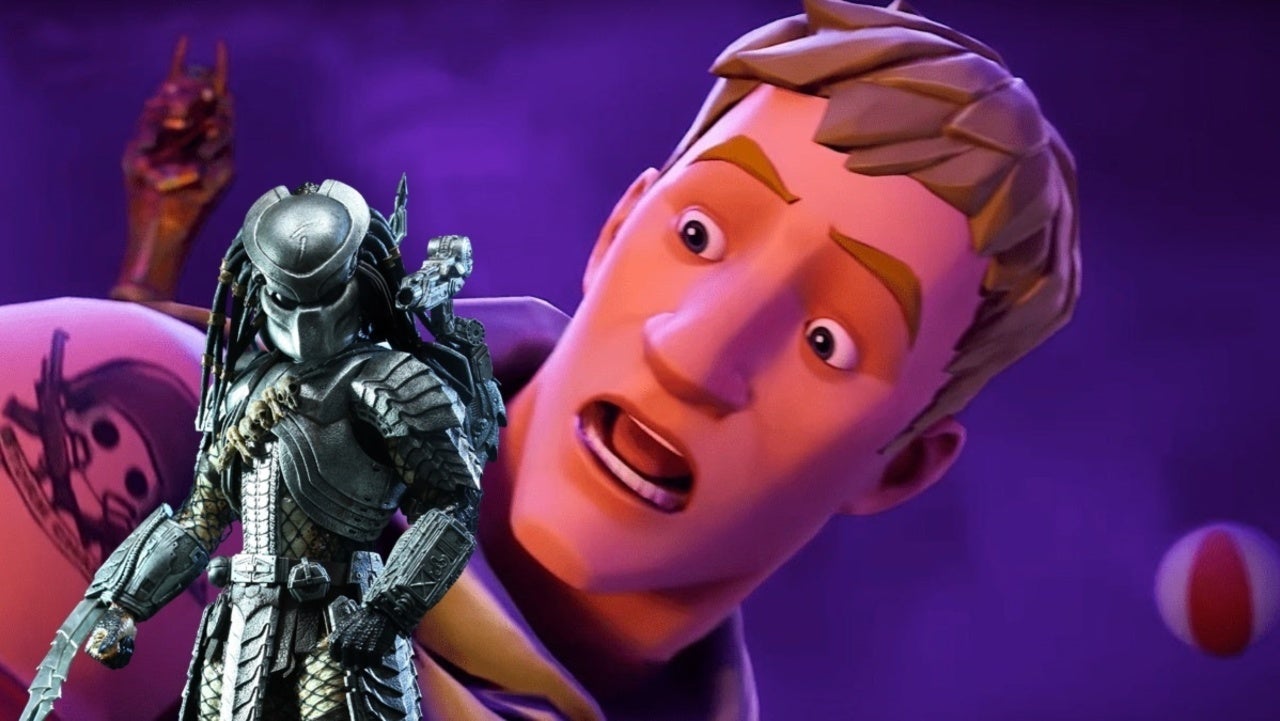 Epic Games seemed to be teasing a Fortnite crossover with the Predator franchise not long after the launch of Season 5, and if some assets found in the game’s files after the latest update are any indication of what’s coming, that exact crossover is happening sooner rather than later. Fortnite dataminers uncovered not only assets that look like they’ll be found somewhere in the map itself but also some cosmetics that are direct indicators of an imminent Predator crossover.

Fortnite news expert HYPEX was one of several who shared their findings on social media this week shortly after the game’s latest update went live. One of the most telling signs of crossovers has always been the cosmetics that players dig up from the game’s files, and the same is true for this Predator crossover. The Fortnite dataminer shared images of a spray and a banner in Fortnite which are unmistakably related to the Predator franchise.

Supplementing that find, fellow Fortnite dataminer Lucas7yoshi shared images of something referred to as a “NightmareShip” within the game’s files. Fortnite leaker ximton similarly shared an image showing something called the “Nightmare” portal that had appeared in the game outside of Stealthy Stronghold. Players who’ve been keeping up with the Predator references will recall that Stealthy Stronghold has been a hotspot for these sorts of teasers and is referred to as “Nightmare” in the files as well.

While it’s not certain at this time how the Predator crossover will be implemented, players already have some ideas – or perhaps some concerns – about how things will be handled. One of the most popular ideas is that one of the Predators from the franchise will be a boss located at the Stealthy Stronghold point of interest that players have to fight similarly to how they had to fight Wolverine in the game’s big Marvel crossover season. Skins and other cosmetics pretty much seem like a guarantee at this point, but we’ll have to wait until the crossover is fully revealed to see if it plays out like people expect with a boss showing up at that location.