Fortnite update 15.20: The Predator is probably joining the hunt 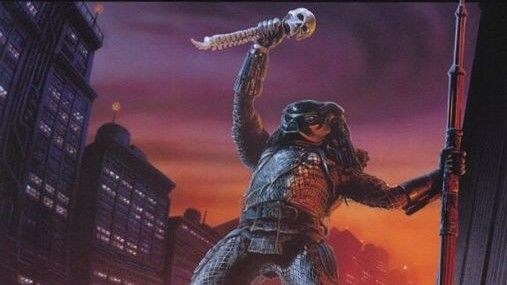 I guess nothing should surprise me anymore. Not when it comes to Fortnite, especially with the latest update. Here I am thinking I’m playing a game designed for mass appeal, especially for impressionable kids. We’ve got sentient bananas, llama DJs, and cowboy pancakes for characters, but nothing prepared me for the one and only Predator.

Fortnite update: The Predator gets teased

That’s right, the alien creature known primarily for ripping out the spines of jungle commandos and attempting to nuke Arnold Schwarzenegger is probably going to be a Fortnite skin.

There’s not been any official confirmation from Epic, but data miner HYPEX has uncovered a new spray and banner featuring the “one ugly mother******” himself. So yeah, kind of a safe bet we’ll see Predator prowling the Stealthy Stronghold POI in the future, since that’s the environment cinema fans first got introduced to the alien before it got all crossover-thirsty.

A new crashed ship has also been added to the map. I don’t think I’ve ever seen this ship in the Predator canon, but it absolutely looks like something an interstellar hunter would drive.

According to HYPEX, the Predator will also likely be a boss/NPC character that players can defeat.

Aside from the Predator and a possible Terminator, there’s also a handful of new skins for players to purchase. It looks like season 5’s Lexa, the cel-shaded android, has a twin brother named Orin.

It also looks like Sludge is expanding his family, with two new skins that turn your average human into a blue jelly…thing.

Two new major weapons are coming to Fortnite, and fans of dual-wielding will be in for a pleasant surprise.

The Hop Rock Dualies are a pair of dual-wield pistols, much like the previous Dualies. They use medium-sized bullets and deal a solid 43 damage to players per hit. If pressuring your enemy with constant fire and trickshots is your bag, you should probably feel at home with these.

Here are the new dualies! pic.twitter.com/Lbu2XoA1qUJanuary 13, 2021

There’s also the new Lever Action Shotgun, which has some of the best gun crack sound I’ve ever heard in a game that wasn’t Doom.

Here’s our first look at the Lever Action Shotgun added with today’s update! (via @FNBRUnreleased) pic.twitter.com/Zv9LR2CajzJanuary 13, 2021

Some eagle-eyed players also noted that the Terminator, Schwarzenegger’s biggest franchise, uses a lever action shotgun. Could it be that we’ll get both the Predator and the killing machine as skins?

As always, there’s a smattering of bug fixes coming with the 15.20 update. Epic still doesn’t release official patch notes, but their Trello board gives us a good idea of what issues they’ve tackled.

Creative mode players aren’t being left in the dust this time around. A new set of Lazy Links prefabs and galleries has been added to Fortnite.

Don’t forget to check out our Fortnite guides section for all the walkthroughs you need to complete the latest quests and challenges. Here’s how to get TheGrefg Fortnite skin, which is proving to be one of the most hotly anticipated cosmetics in the game’s entire history.

Fortnite Mysterious Pod Location: Where To Visit For Predator Challenge