Like a ton of Lucifans out there, we would be lying if we said we weren’t expecting to hear a little something about the return of Netflix’s Tom Ellis– starring Lucifer for the remainder of its fifth season- especially after all of the New Year’s Eve hoopla. But aside from some great Trump reactions by the cast, things on the show front have been pretty quiet. So one group that fans have been going to for answers via Twitter is the show’s writing team. But on Wednesday, the writers took to their account to let fans know they’re as much in the dark as the viewers are: “We know everyone wants to know, but truth is even WE don’t know when [Lucifer Season 5B] will come out.” The team explained that the second half of the season was finished because of COVID surges but that they will let the fans know about the release date, trailer/teaser releases, etc. when they’re available. 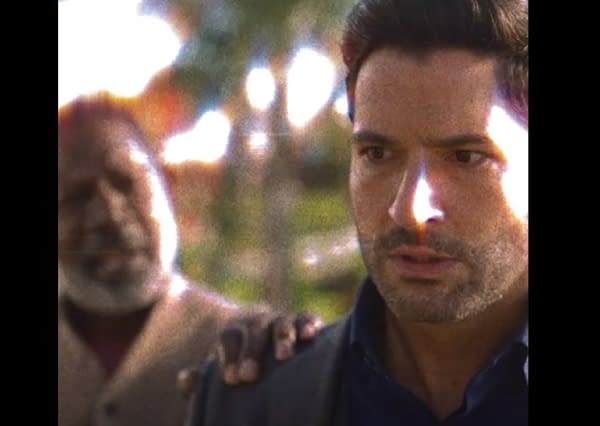 We know everyone wants to know, but truth is even WE don’t know when #LuciferSeason5B will come out. It’s not finished yet. The pandemic blew up our plans. But when we have an official release date, trust us, we’re dying to let you know! Same with a trailer. #patience #Lucifer https://t.co/y31KRRIFph

What follows are two special “fan-cam” moments offering brief teases of what fans will be getting when the second half of Season 5 debuts. At the end of the first clip, Chloe Decker (Lauren German) wants to know where God (Dennis Haysbert) took his family. In the second clip, viewers get a look back at the first half of the season before a brief look at what’s to come- with “dear old dad” God (Dennis Haysbert) having to ask Lucifer something…

Lucifer, bored and unhappy as the Lord of Hell, resigns his throne and abandons his kingdom for the gorgeous, shimmering insanity of Los Angeles, where he gets his kicks helping the LAPD…and the savvy detective Chloe Decker in particular. In Part A of season 5, Lucifer’s twin brother Michael secretly takes the devil’s place on earth while he’s back in Hell. Eventually, Lucifer must return and face the mess his brother made with his life. He’ll also finally confront his feelings for Chloe, and answer a question fans have been asking since the very beginning: “will they or won’t they”? 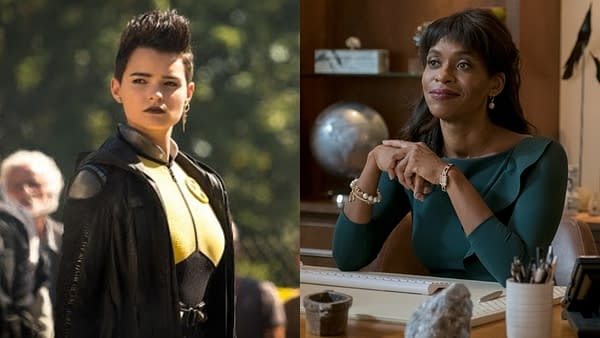 Speaking of the sixth season, how about some intel on the episodes in the form of titles, directors, and writers? Because that’s what the show’s writers have offered over the past few weeks. For our first eight chapters, we have (with directors/writers) “Nothing Ever Changes Around Here” (Kevin Alejandro/ Mike Costa), “Buckets of Baggage” (Richard Speight Jr. / Jen Graham Imada), “Yabba Dabba Do Me” (Nathan Hope / Joe Henderson), “Pin the Tail on the Baddie” (Viet Nguyen / Carly Woodworth), “The Murder of Lucifer Morningstar” (Lisa Demaine / Lloyd Gilyard Jr.), “A Lot Dirtier Than That” (Claudia Yarmy / Ildy Modrovich), “My Best Fiend” (Nathan Hope / Julia Fontana), “Save the Devil, Save the World” (DB Woodside / Aiyana White).