Predator reportedly could be coming to Fortnite 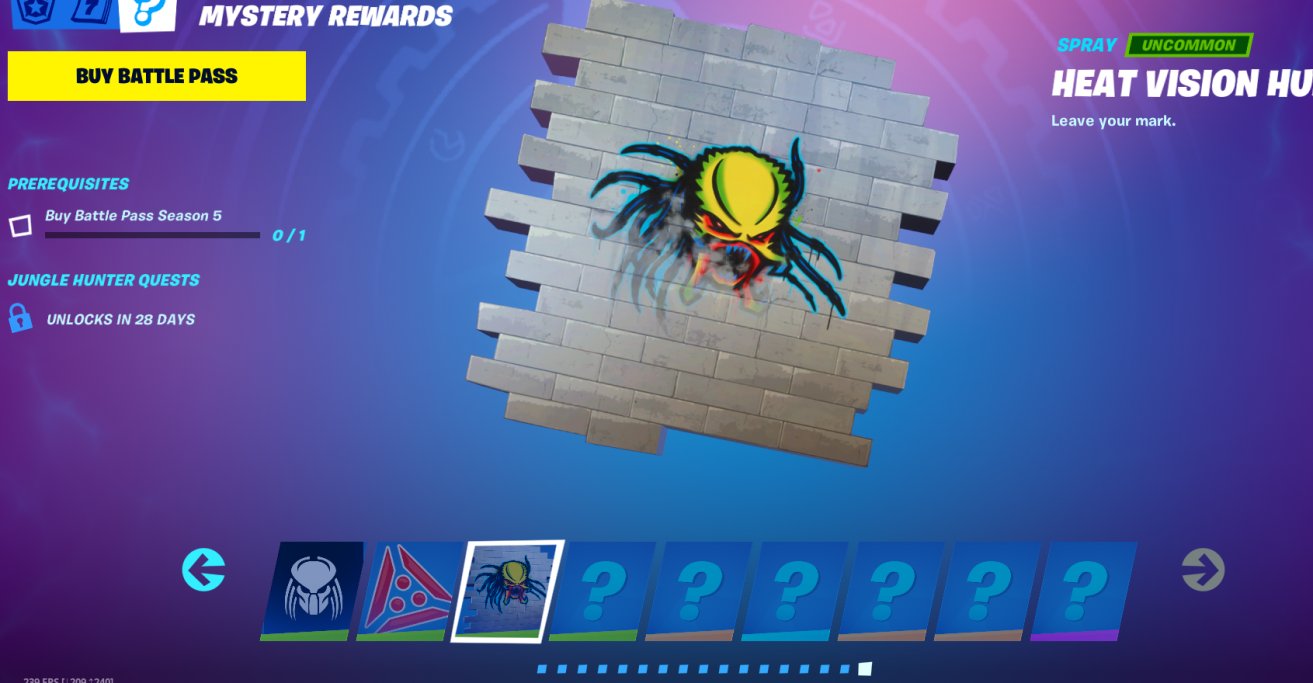 One of cinema’s iconic figures might be making its way into Fortnite, according to a leaked set of mystery rewards found by data miner ShiinaBR.

It looks like the Predator, the villain of the classic movie franchise of the same name, could be joining the popular battle royale title in the future. This would be one of Fortnite‘s only crossover skins that isn’t superhero related.

“Predator will be the next hunter,” ShiinaBR said. ShiinaBR also said “it seems like the Predator skin will be tied to an event with many challenges.”

Fortnite has a metric ton of movie tie-in skins. From John Wick to Avengers: Endgame and all the way to Star Wars, there’s no shortage of ways for fans to show their love for their favorite characters.

The Predator series might be a tad bit violent for the cartoonish world of Fortnite. But if it means we can get skins for Carl Weathers as George, Arnold Schwarzenegger as Dutch, or perhaps even Danny Glover as Detective Mike Harrigan, sign us up immediately.

Epic Games has not yet officially confirmed or announced that a Predator skin is coming to Fortnite.

How GOOD is the *NEW* SHOTGUN? (Lever Action)

Talk with Beef Boss, Remedy and Dummy All Locations - How to unlock Predator Emoji in Fortnite