Here’s fun. Axiom Verge, the beloved metroidvania from indie developer Thomas Happ has received a brand new update, some six years after the game’s initial launch. The update offers PC players a new randomizer option, allowing even the most hardened fans the opportunity to explore the alien world of Sudra like never before.

The new mode has come about thanks to the dedication of modder “Pozzum”, who created the randomizer as an unofficial add-on to the 2015 adventure. The mod was brought to the attention of the Axiom Verge speedrunning community, who then worked alongside Happ in order to incorporate Pozzum’s mod as an official component of the game. Teamwork makes the dreamwork. 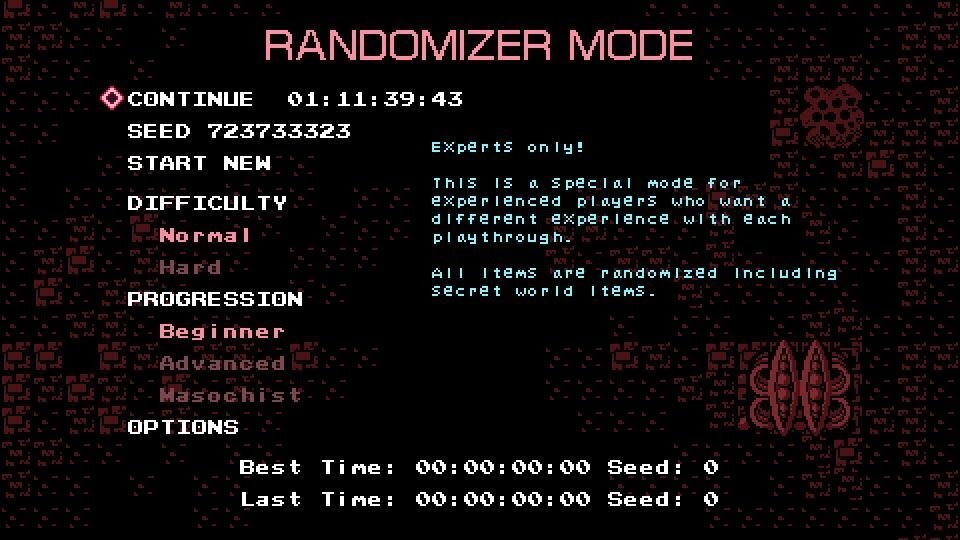 “I’d like to give a huge shout out to NoReset Games, Chris Couture (aka VideoGameRoulette), Dimitrios Lianopoulos (GVirus), Mark Rawls (Willow), Lars Lehmann (Leemyy), and Crowd Control’s Matthew Jakubowski (Jaku) for all of the work they put into this,” said Happ in an official blog post. “Along with Pozzum, the original mod developer[…] They spent years working on this and refused any compensation I offered. It was a labor of love, and I’m hugely grateful to all of them.”

If you want to check out the randomizer  – which is currently only available on the Steam and Epic Games Store editions of Axiom Verge – then you simply need to specifically boot up the beta version of the game from your chosen dashboard, and you should be good to go.

Happ goes on to note that they are working with the team on several other fun side-features for the future, including save states and support for audience interaction when streaming. Of course, Happ is also currently hard at work on Axiom Verge 2, which is penciled in for launch later this year.

READ  Get back out there... and FIGHT!Grab the Ryu and Chun-Li Outfits, along with the rest of the Street Fighter Set before they rotate out of the Shop 👊More info: https://t.co/ASHildyRIq https://t.co/j94r1aV8HA Watch a spoooky live-action trailer for The Medium