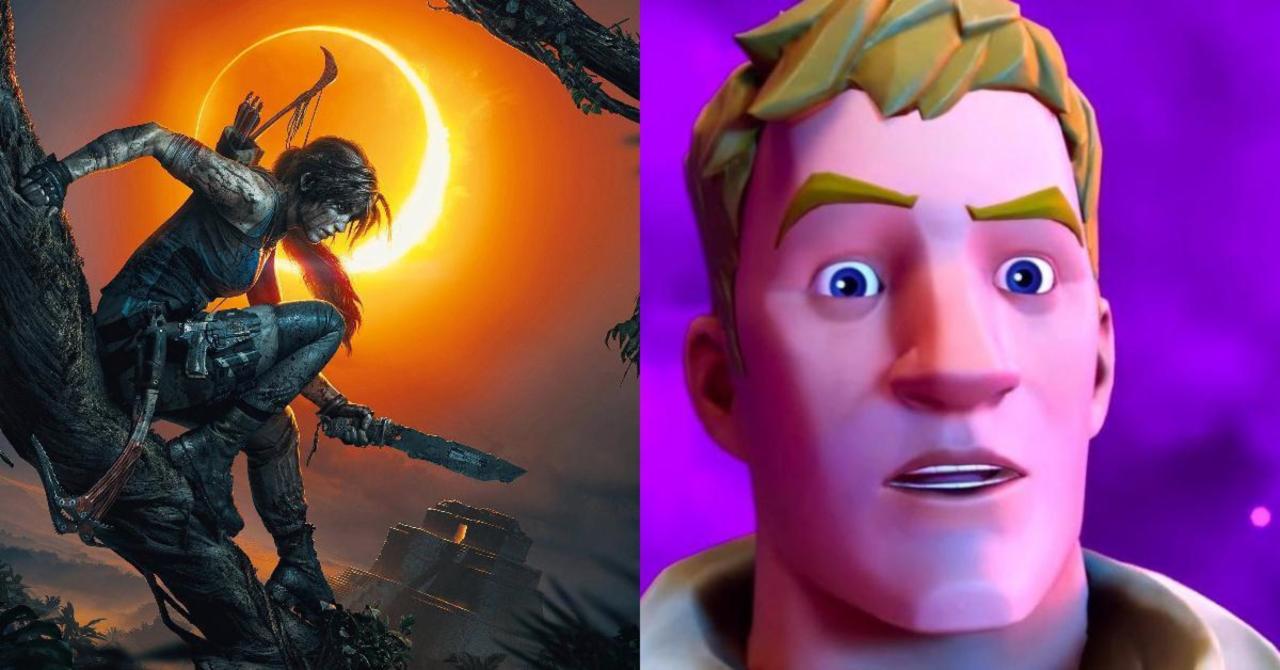 Fortnite Chapter 2 Season 5 has focused on the greatest hunters in the multiverse, and it seems that Tomb Raider star Lara Croft could be the next crossover character to appear as part of that theme! Fans are pointing to a cryptic Tweet from the official Tomb Raider Twitter account as a possible hint where Lara Croft might end up next. The Tweet contains a thought balloon with three emojis: a pickaxe, a woman running, and a bow and arrow. While the latter two don’t give us much to go on, the pickaxe has long been associated with Fortnite. One way or another, the account is definitely teasing something!

This season of Fortnite has put a heavy focus on guest characters from other video game franchises, with God of War‘s Kratos and Halo‘s Master Chief both appearing. As such, it wouldn’t be all that surprising to see Lara Croft announced as the game’s next hunter, alongside her trademark bow and arrow. The character has long been one of the most recognizable faces in gaming, and an appearance in Fortnite could introduce a lot of new fans to the Tomb Raider franchise.

This year marks the 25th anniversary of the original Tomb Raider, which debuted back in 1996. It’s unclear whether or not Square Enix has any specific plans for the game’s anniversary, but an appearance in Fortnite would be one way to celebrate the occasion! The character’s last appearance in a video game came in 2018’s Shadow of the Tomb Raider, but a free-to-play mobile game, Tomb Raider Reloaded, is set to release on iOS and Android devices later this year. For now, fans will just have to wait patiently and see what Eidos-Montreal and Square Enix have planned next!

READ  Your accomplishments with the Hand Cannon this week... Show 'em to us! https://t.co/LhLkhkU2Zq

Would you like to see Lara Croft appear in Fortnite? Are you a fan of the character? Let us know in the comments or share your thoughts directly on Twitter at @Marcdachamp to talk about all things gaming!

so you can FLOAT in fortnite...