The VALORANT Champions Tour is Riot Games’ first official attempt at a global circuit for stoking competitive VALORANT. Spawned out of the early success of the First Strike events, the Champions Tour is a year-long circuit of regional competition culminating in a Champions event to crown the first world champion.

For all things VALORANT Champions Tour, including the circuit structure, participating teams, scheduling, notable moments and more, we’ve created a comprehensive guide to keep you informed.

The Challenger Final determines which teams will represent their regions at one of just three Master events. Here’s the regional distribution of the 16 Masters teams: 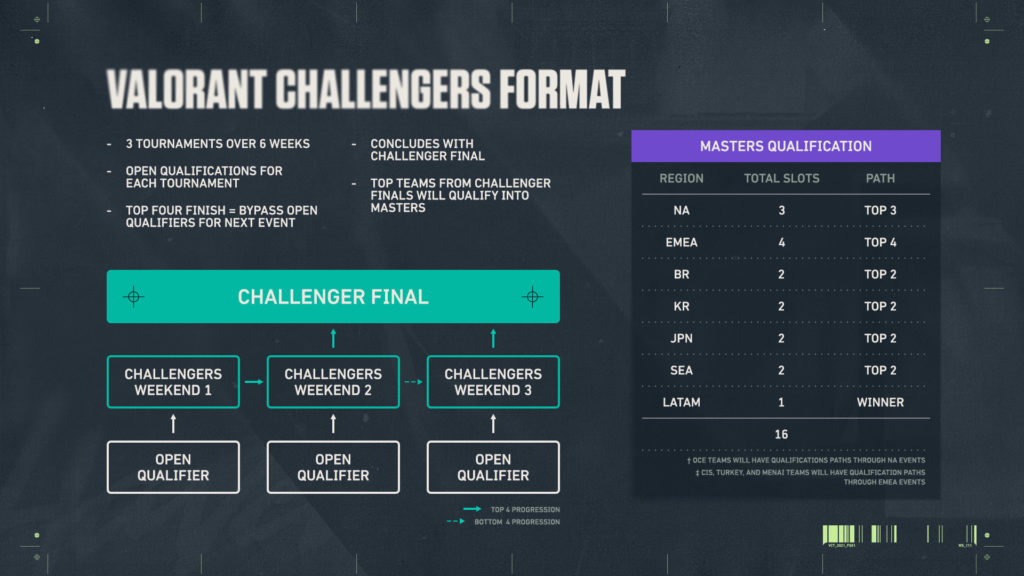 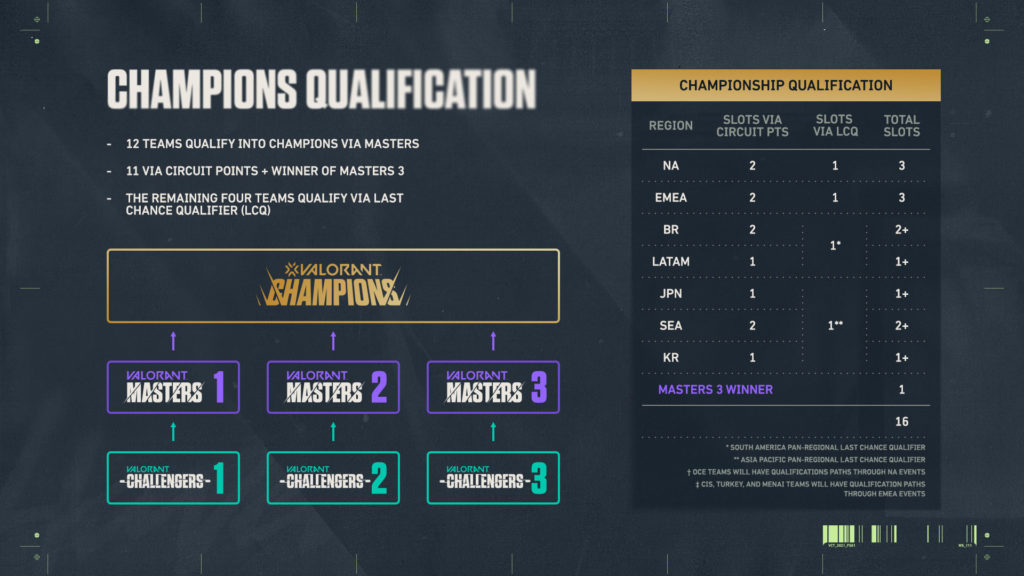 While the esports team at Riot Games hasn’t given any specific details on the tournament format for specific events, it refers to the Champions event as its own “version of [LoL] Worlds.” Will it proceed with a double-round robin group stage? Or will it go with a format that allows for more best-of-threes? We will update when this information becomes available.

The full schedule for the entire VALORANT Champions Tour is still tentative, but we do know that the first Challengers events will take place at the end of January and the beginning of February.

The first Challenger stage will have staggered start dates across all regions. Latin America Challengers starts on Jan. 26, Brazil and Korea begin on Jan. 30, North America runs from Feb. 3 to 7, Europe starts on Feb. 4, Southeast Asia begins on Feb. 5, and the CIS region kicks off Feb. 11. The dates for Japan and the Middle East/North Africa region have yet to be announced. 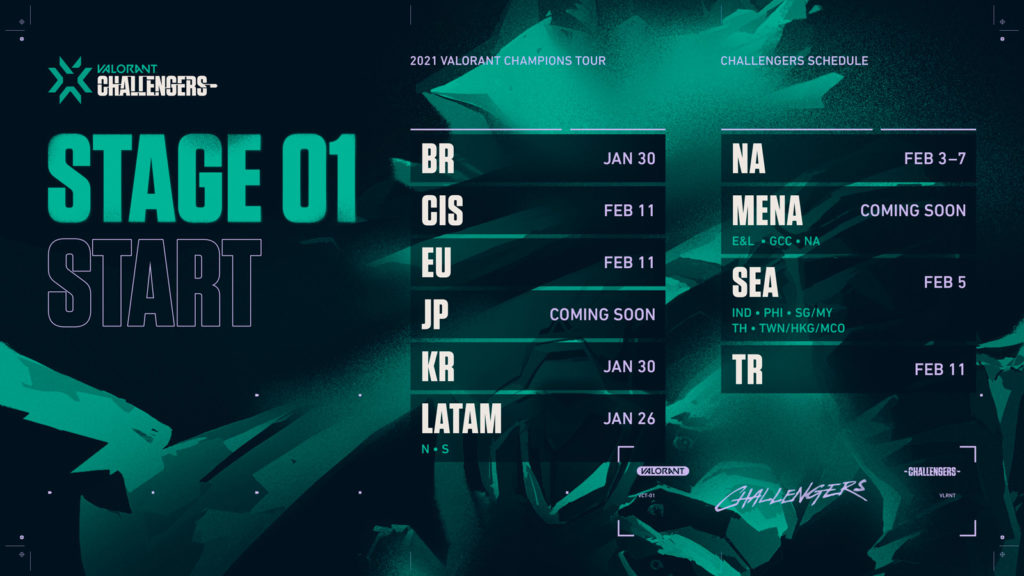 The beauty of the open qualifier system is that virtually any team, whether they’re a familiar face or a complete unknown, has a chance to make it as far as the wins can carry them. That being said, there are a number of dangerous teams that have been on fire as of late and would consider anything less than contention at Champions as a disappointment.

The big three from North America are TSM, Sentinels, and 100 Thieves. TSM and Sentinels had a fierce rivalry during the Ignition Series, trading wins with each other in head-to-heads and splitting all the trophies. Many expected a grand finals match between the two at First Strike, but the revamped 100T roster shocked everyone by beating both teams en route to becoming the first North American champions.

The results at First Strike Europe were equally, if not more surprising. G2 Esports were expected to appear in the finals, if not win the whole tournament, but fell in the semifinals to Team Heretics. Heretics ended up winning the event after defeating unsigned SUMN FC in the grand finals. SUMN FC are a team worth watching just because they would fetch a high price from a suiting organization, and both Heretics and G2 will hope to make lengthy VCT runs.

Once the Champions Tour gets underway, we’ll add a regional standings that we will consistently update.

We’ll be tracking the major roster changes before and throughout the VALORANT Champions Tour. Our tracker begins at the beginning of December, when First Strike ended.