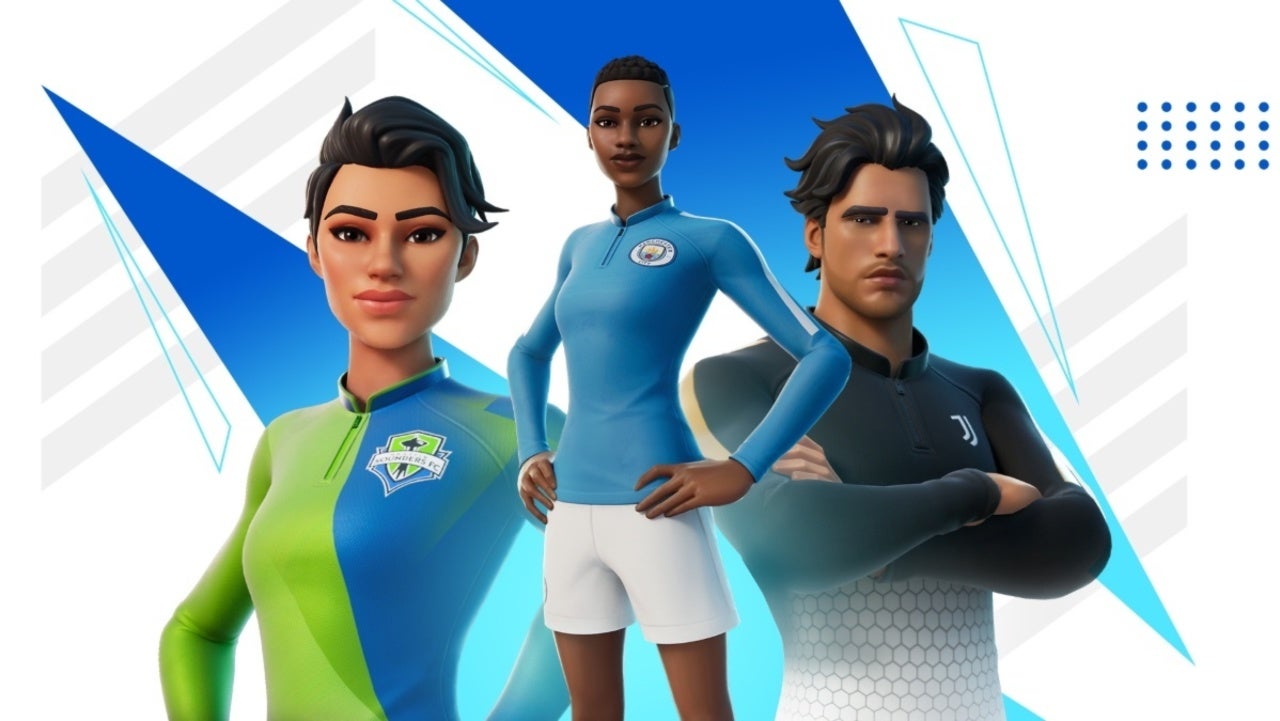 Fortnite developer Epic Games has revealed new soccer “Kickoff Set” skins that allow players to swap between 23 different football clubs that the company has teamed up with internationally. Additionally, the company has partnered with iconic football pro Pelé to add his “Air Punch” celebration as a new emote. Both of these are set to be added on January 23rd, but players will have the opportunity to earn them for free by participating in a new Pelé Cup event tomorrow, January 20th.

The full details on the new Pelé Cup event seem to imply that it will essentially work like any other “Cup” event: compete and score points based on placement and eliminations during it in order to rank. In addition to the 10 different soccer outfits — “Midfield Master,” “Sgt. Sweeper,” “Galactico,” “Power Poacher,” “Breakaway,” “Striker Specialist,” “Shot Stopper,” “Derby Dominator,” “Tiki Tackler,” and “Phenom” — and the aforementioned emote, the top three ranks in the various participating regions will also win a signed FC Santos jersey.

Football (or Soccer to some) is coming to Fortnite ⚽

Your favorite clubs’ Outfits, a new Creative Hub and we’ve teamed up with Legendary player @Pele to bring you the Pelé Cup. Compete to earn his iconic Air Punch Emote and the new Kickoff Set!

As noted above, the new Kickoff Set and Pelé’s Air Punch Emote are scheduled to join the popular video game on January 23rd. Fortnite itself is in the midst of Chapter 2 – Season 5 after a world-shaking Galactus live event at the end of the last season. The game is currently available on most major platforms, but the iOS version, specifically, has hit a snag after Epic Games intentionally set off a chain of events that caused it to be removed from the App Store. The legal fight over that decision is ongoing, but the short version is: nobody’s playing Chapter 2 – Season 5 on an iPhone right now. Fortnite Chapter 2 – Season 5 is currently ongoing on the other platforms, however. You can check out all of our previous coverage of Fortnite right here.

What do you think of the new soccer stuff being added to Fortnite? Are you playing the latest season? Let us know in the comments, or feel free to reach out and hit me up directly over on Twitter at @rollinbishop to talk about all things gaming!