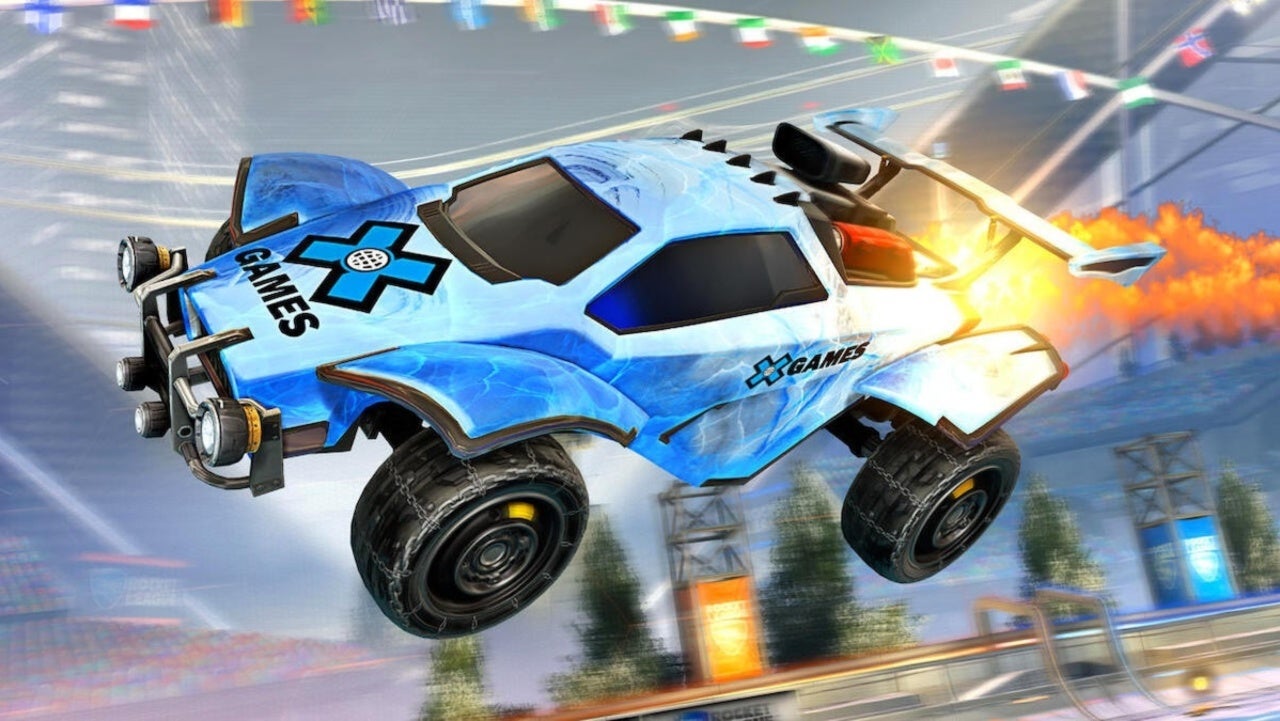 An official Rocket League and X Games crossover has been announced by Psyonix and Epic Games to celebrate the latter’s upcoming event in Aspen with brand new X Games-themed items and a Rocket League Championship Series x Regional event.

The crossover will begin on January 21, when X Games-inspired items will be added to the Item Shop, and be available until January 24. After this, the items will return between January 28 and January 31. As for the items themselves, they will be housed under the special X Games Tab and include the X Games Octane Decal, X Games Wheels, and Snowblind Topper. Of course, if you main Fennec, Dominus, or any other car, only two of these items are useful. That said, to perhaps make up for this, there will also be two free items: the X-Skis Player Banner and the X-Board Player Banner.

On top of the new items, RLCS will introduce the RLCS X Games: North America Regional, which will go down, online, on January 23-24 and January 30-31. According to Psyonix, this regional is both an official part of RLCS X and the official X Games Aspen event. Unfortunately, it’s limited to just North American teams, so don’t expect to see your favorite European players.

To watch the event, you can head over to the official ESPN App, or check it out on Twitch or YouTube like normal. And of course, there will be rewards for Twitch viewers, or more specifically, X Games Fans Rewards, which will include the Knuckle Huck Player Banner, and X-Boards and X-Skis Toppers.

Get your 🏎️ ready as @XGames prepares for gameday in Rocket League. Celebrate with in-game items and watch the RLCS X Games: North American Regional!

Learn more about what’s coming on January 21 at 9AM PT.

As you may remember, this isn’t the first time Psyonix and X Games have come together. Back in 2017, the pair teamed up for the FACEIT X Games Rocket League Invitational that went down within X Fest in Minneapolis.

Rocket League is available, for free, via the PS4, PS5, Xbox One, Xbox Series X, Xbox Series S, PC, and Nintendo Switch. For more coverage on the game, click here.

The Boys Season 3: Showrunner Teases The Most Buck-Wild Storyline From The Comics