Home » FBNR Guides » Shockingly, what Hitman 3 wants most is to tell you a story
FBNR GuidesFortniteLatest News From Fortnite

Shockingly, what Hitman 3 wants most is to tell you a story

The Hitman series has always been defined by its openness, allowing players to assume the role of the peerless assassin known as Agent 47 and take out targets however they please. But there’s something fascinating and, for this franchise, novel about Hitman 3, the final entry in IO Interactive’s World of Assassination trilogy: The story that the game’s writers have crafted matters at least as much as Hitman’s play-it-your-way spirit.

IO has said that it considers certain assassinations to be the “canonical” endings for some of this trilogy’s missions. That’s never been more true than in Hitman 3, which occasionally signals that it wants you to make a particular decision, and reinforces it with a cutscene afterward that follows directly from the choice in question.

Of course, the push and pull between interactivity and authored narrative plays on the essence of 47’s job itself: He is a laboratory-engineered contract killer, designed to be the perfect hired gun, always carrying out someone else’s orders rather than acting of his own volition.

Indeed, IO’s entire trilogy touches on ideas of power, control, and self-determination. The group known in the games’ fiction as Providence is a global cabal of elites who shape world events from behind the scenes; the organization’s ethos is that it must guide the course of history because the masses are incapable of choosing the right path themselves. But what happens when some of the blunt tools through which Providence wields its extraordinary power — 47 and his long-lost friend Lucas Grey, a fellow trained assassin — gain an understanding of their humanity, and seek to exercise free will?

This is heady stuff for a video game franchise that alternates between operatic drama and goofy hijinks, and it has mostly remained in the background until now. Hitman 3 plays it up, making for a brilliant conclusion to the trilogy. The game is remarkable not just for its masterful level design and its penchant for turning familiar elements of the series on their heads, but for how skillfully it brings to bear the accumulated weight of its characters’ actions — and brings it crashing down on their heads with devastating consequences. 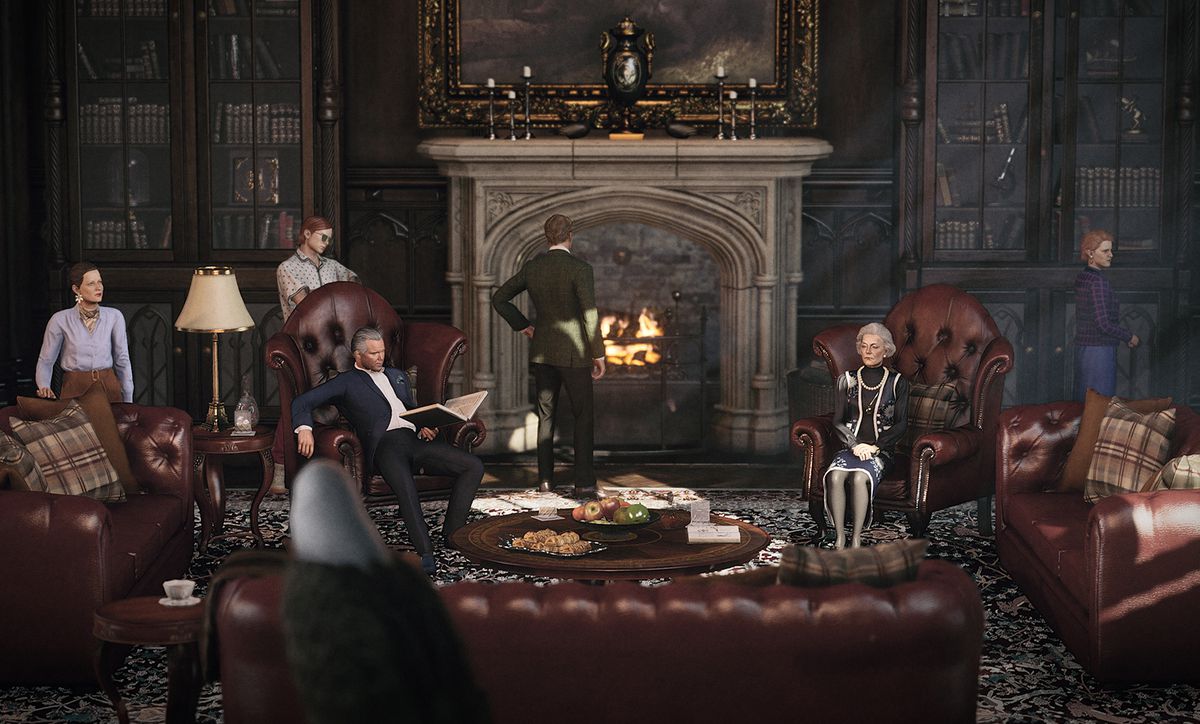 If it seems surprising to spend so much time in a review of a Hitman game talking about its story, well, I’m right there with you. It was so convoluted and barely comprehensible in 2016’s episodic Hitman that I couldn’t bring myself to care. In Hitman 2, the writers spent more time developing the characters, not merely tossing in ha-that’s-neat references and callbacks to the events of the preceding game. It’s tough to build sympathy for a couple of cold-blooded killers, but IO managed to do so with key revelations about 47’s early life, his childhood friendship with Grey, and his relationship with his handler, Diana Burnwood.

Hitman 2 ended on a high note, with Agent 47 and his cohorts managing to capture Arthur Edwards, aka the Constant. This figure works for the Providence Partners, the three leaders of the secret society, who all come from old-money families. At the start of Hitman 3, 47’s team intends to extract information from the Constant so the group can take out the Partners and destroy Providence. But Edwards is a master manipulator, and he has a few tricks left up his sleeve.

Hitman 3 weaves a globe-trotting tale featuring many hallmarks of the spy genre. Trust is a tenuous, risky concept, and allegiances are liable to change at a moment’s notice. Do the members of Providence have the luxury of trusting anyone? Diana has nurtured and guided 47’s growth as an assassin, but is she using him for her own ends?

It’s only natural for IO to have foregrounded the story as it brought the trilogy to its thrilling end. Moreover, the story is the driving force behind the way you actually play Hitman 3.

Of the six missions in Hitman 3 — set in Dubai, United Arab Emirates; Dartmoor, U.K.; Berlin; Chongqing, China; Mendoza, Argentina; and Romania’s Carpathian Mountains — only two begin in traditional Hitman fashion, with 47 simply showing up at a location, ready to get to work. The other missions grabbed me and didn’t let go by way of unconventional introductions, like a vertigo-inducing infiltration of the world’s tallest building and an unsettling nighttime exploration of a deserted gas station. I also delighted in being challenged to think on my feet more, as 47 often had to start a mission without his usual gear or concealed weapon. And when a story turn altered the standard handler/assassin setup, I realized just how much I had grown accustomed over the past two games to Diana’s lively, suggestive narration and to the crutch of a detailed briefing on the mission’s targets.

IO also delivers new levels of free-form assassination in Hitman 3, impressive even for a franchise renowned for its sandbox environments. “Apex Predator,” which takes place around an underground dance club in an industrial zone on the outskirts of Berlin, is a highlight in this respect. It surprised me at every turn, dropping me off in a strange place without any briefing or weapons and forcing me to improvise. As I explored the area, gained intel, and figured out who my targets were, my objectives evolved. This mission comes at a point in the campaign where it feels like 47 has been pitted against the world; it’s a terrific synthesis of story and gameplay.

Argentina’s “The Farewell” isn’t the final mission of Hitman 3, but it feels like a culmination of everything the franchise has been building toward — like IO wanted to turn all the dials up to 11. The Mendoza location itself is a sprawling playground: an opulent retirement gala set at a winery built into a cliff, with vineyards stretching toward a lakeside town in the distance and a villa overlooking it all. For the first time, Diana herself is in play, and potentially in danger.

Mendoza contains what is now, I think, my favorite assassination in the entire Hitman franchise. All I will say is that it involves winemaking machinery and some … assistance. 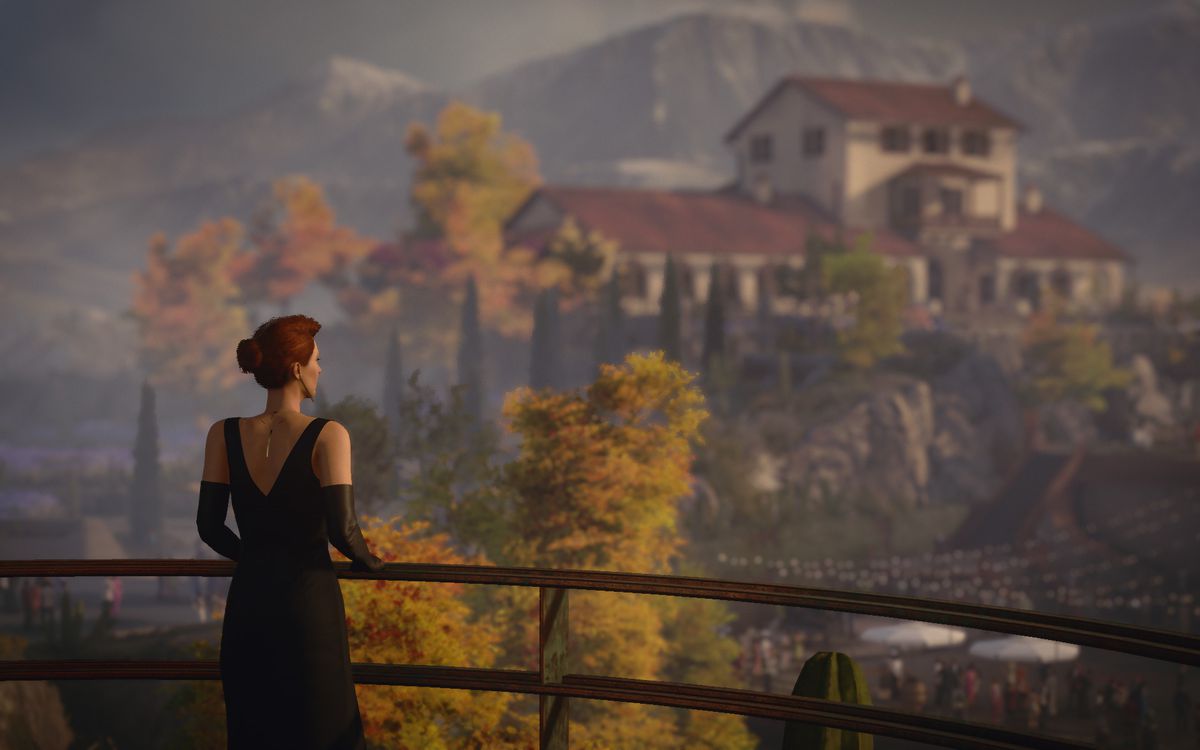 The mission also makes perhaps the best use of a few mechanics that are new to Hitman 3: security keypads, time limitations, and 47’s camera/scanner. All of those elements converge if you choose to attempt the daring theft of a priceless bottle of wine: I had to disable security measures at a computer terminal, then run downstairs within one minute — as an on-screen timer counted down the seconds before the security would be reactivated — and punch in a four-digit code to access the chamber holding the bottle. (I had overheard the code when I broke into the venting corridors below the room, a feat I accomplished by using the scanner to hack the tunnels’ access doors.) It all made me feel like a badass super spy.

That’s not to say the other locations lack stunning vistas or incredible level design, whether it’s a rain-soaked, neon-lit district of Chongqing, and the verticality of its densely packed buildings, or the secrets in the walls of Dartmoor’s Thornbridge Manor. The lone exception is the epilogue in Romania, which is disappointing in how circumscribed the experience is, playing out more like a certain Bong Joon Ho film than a typical Hitman level. Yet it still makes room for a couple of Hitman 3’s persistent shortcuts — doors (and, in some places, ladders) that must be unlocked from one side and will remain available in future playthroughs once unlocked. I can’t wait to revisit the game and try to speedrun missions with the help of these pathways.

I don’t want to overstate the degree to which Hitman 3 is a departure from its predecessors. The moment-to-moment gameplay remains focused on Agent 47 sneaking past people (or donning disguises to hide in plain view) so he can put himself in position to commit murder. In some sense, it is a sequel very much like Hitman 2, with new targets to take down in six new locations, and some additional toys and tactics with which 47 can accomplish his goals. But I very much appreciated the twists and wrinkles that IO threw into the Hitman formula this time around, many of them steered by the story. 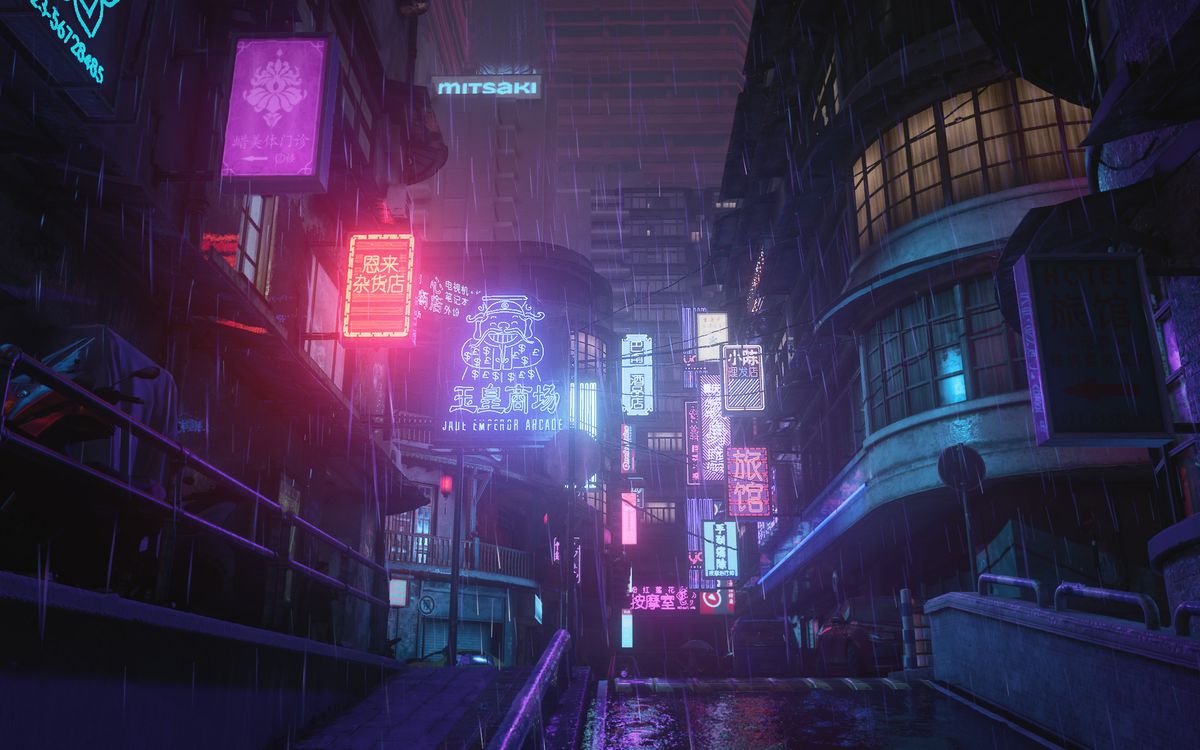 That’s a clear sign that in concluding its beloved trilogy, IO felt it necessary to exert a stronger degree of narrative control and prioritize its own story over the open-ended nature of Hitman. The studio put a heavier hand on the wheel, but the trade-off is absolutely worth it.

Deciding the answers to these big game design questions is the kind of thing you can do when you return to being an independent studio, and gain the self-determination to tell the story you want to tell while staying true to the franchise you’ve been working on for more than two decades. I’m amazed that IO pulled off that delicate balancing act in Agent 47’s finest adventure to date.