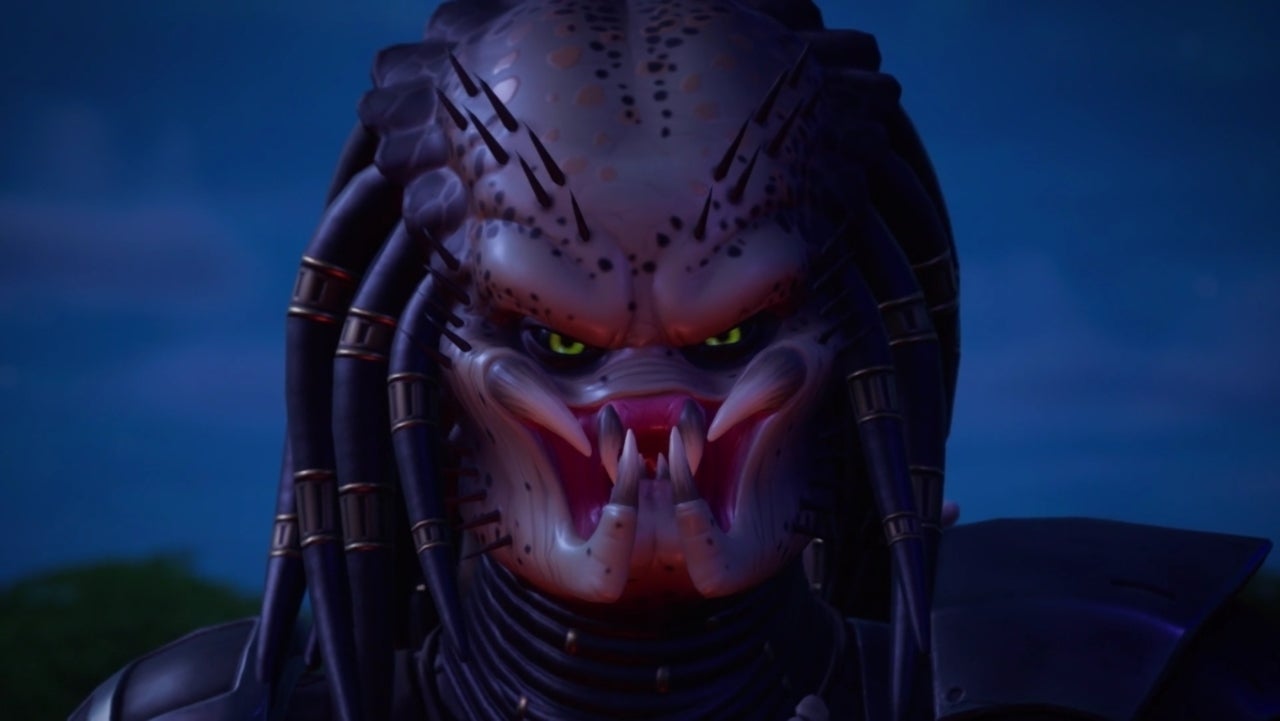 Fortnite‘s latest battle royale update, v15.21, arrived early this morning and brought with it a long-awaited addition as the Predator has finally, officially joined the popular free-to-play video game. While owners of the latest season’s Battle Pass will be able to unlock the Predator’s “Jungle Hunter” set in much the same way as previous seasons have had unlockable challenge skins, anyone can tackle the new roaming Predator NPC boss in order to grab its Mythic Item, Predator’s Cloaking Device.

How to Find the Predator Boss Fight

The roaming Predator NPC fight can be located in the Stealthy Stronghold area. If you find it too hard to take down on your own, it would seem that simply damaging the Predator boss and staying alive while it is defeated also counts. The Predator should drop the aforementioned Predator’s Cloaking Device, which allows a player to go invisible for 30 seconds. As you might expect, this makes for an immensely powerful advantage over opponents.

What the Jungle Hunter Set Includes

The Jungle Hunter set has a bunch of iconic Predator gear in it, including the Predator Skin, Hunter’s Trophy Back Bling, Bio-helmet Online Emote, Hunter’s Arsenal Wrap, Yautja Wristblades Harvesting Tool, and The Hunt Loading Screen. You can check out what all of that looks like below:

How to Complete the Jungle Hunter Quests

The various Jungle Hunter quests seem relatively straightforward. If you have the Battle Pass, this should be fairly apparent in your list of quests and are not all that difficult to accomplish beyond the actual taking down of the Predator itself. The full list of Jungle Hunter quests, as shared by noted leakerStreakyFly, are as follows:

Fortnite itself is in the midst of Chapter 2 – Season 5 after a world-shaking Galactus live event at the end of the last season. The game is currently available on most major platforms, but the iOS version, specifically, has hit a snag after Epic Games intentionally set off a chain of events that caused it to be removed from the App Store. The legal fight over that decision is ongoing, but the short version is: nobody’s playing Chapter 2 – Season 5 on an iPhone right now. Fortnite Chapter 2 – Season 5 is currently ongoing on the other platforms, however. You can check out all of our previous coverage of Fortnite right here.

What do you think of the new Predator content being added to Fortnite? Are you playing the latest season? Let us know in the comments, or feel free to reach out and hit me up directly over on Twitter at @rollinbishop to talk about all things gaming!

Fortnite Predator Skin: Where To Unlock By Killing The Predator

How to Unlock Predator's Hunter's Trophy Back Bling in Fortnite! - Complete a Bounty as Predator