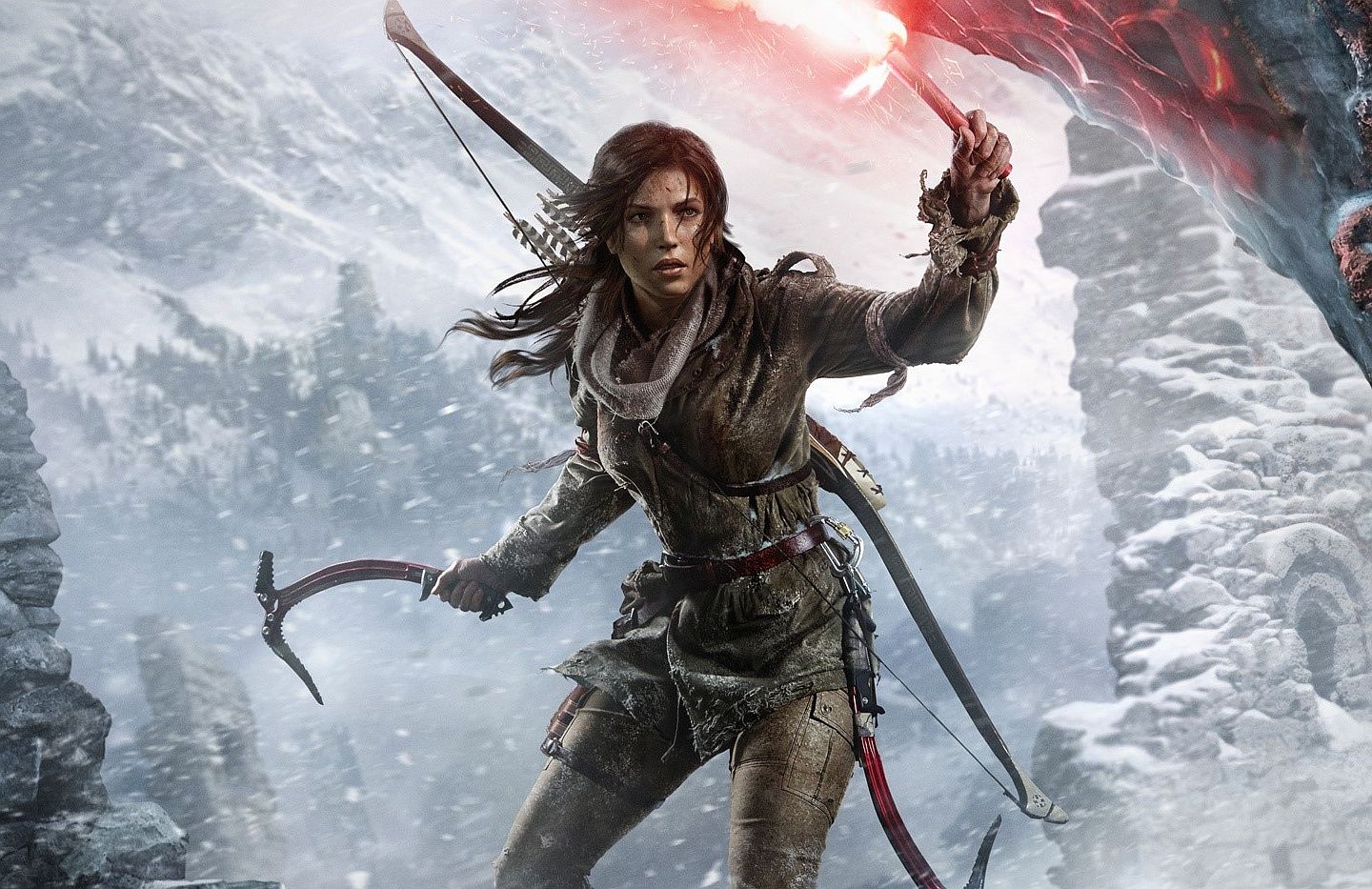 Follows Master Chief, Kratos and the Predator dropping into the battle royale game.

Tomb Raider’s Lara Croft might be showing her face in Fortnite.

That’s according to data miner Mang0e, who took to Twitter to show that a skin for a female character – codenamed Typhoon – was being prepped for Epic’s free-to-play romp. It’s also going to be a reactive cosmetic, meaning it will change when players do something in Fortnite.

The current Fortnite Chapter 2: Season 5 content is focused on hunters, with characters including Halo’s Master Chief, the God of War himself, Kratos and movie alien the Predator showing their faces in Fortnite’s battle royale romp.

The reason that people think this new skin is going to be Lara Croft is due to the official Tomb Raider Twitter account tweeting some emojis featuring a woman with a pickaxe and bow and arrow. These are both items that Croft has wielded in the rebooted Tomb Raider series and could be hinting at the mix of construction and, um, murdering people that you do in Fortnite.

Lara Croft’s most recent outing was 2018’s Shadow of the Tomb Raider.

This followed the Marvel-themed Chapter 2 Season 4, which ended with 15.3 million players coming together to fight comic baddy Galactus. Marvel content is still coming to Fortnite, though, including Black Panther and Captain Marvel skins and a Wakanda Forever emote.

Subscribe to the VG247 newsletter Get all the best bits of VG247 delivered to your inbox every Friday!
READ  Charlotte Questline Guide (IO Heist) - Fortnite

Epic is also bringing the world of football – yes, Americans, football, the game you play by kicking a ball with your feet – to Fortnite later this week.