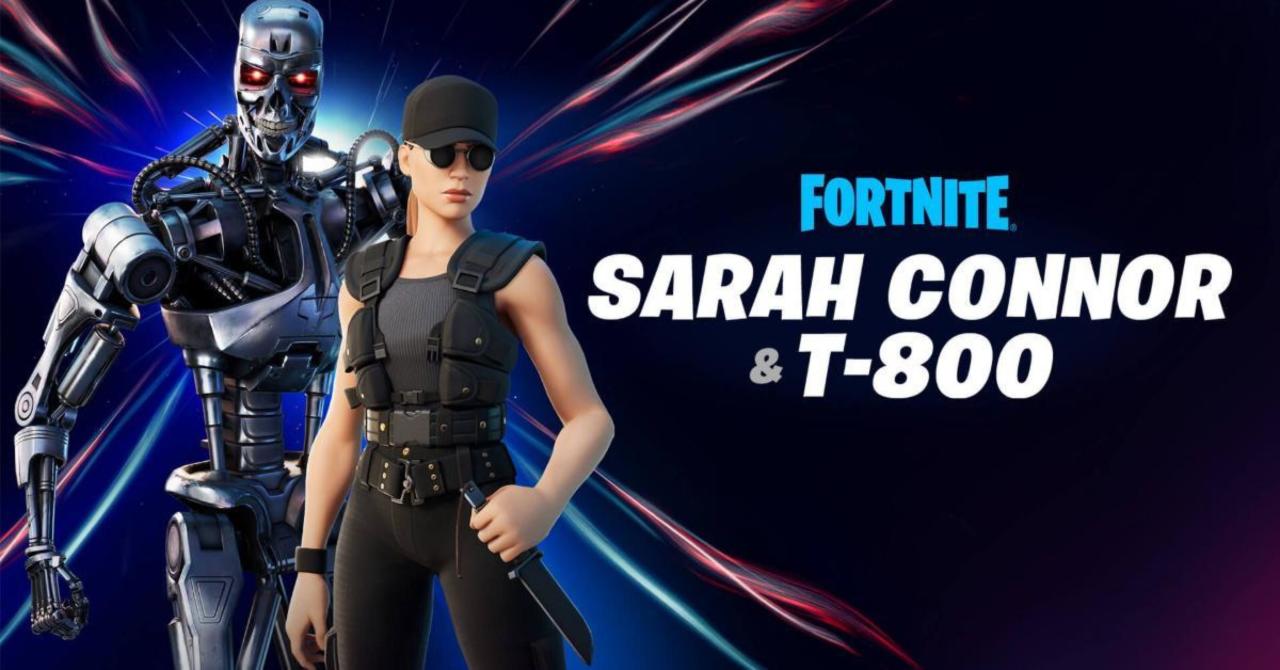 Following a leak earlier today, Epic Games has now officially released Fortnite skins for The Terminator characters T-800 and Sarah Connor! The two characters are the latest hunters to be added as part of Chapter 2 Season 5, and can be found in the game’s Shop. While the release was not unexpected, it is a bit surprising considering that Predator was just recently added to the game. Either way, it seems that Fortnite fans are being treated to quite a bit of exciting content this week! The Future War bundle for the Terminator content can be acquired for 2800 V-Bucks for the next 23 hours.

A machine that will never stop.

Sarah Connor and the T-800 are the newest Hunters to arrive on the Island. Grab them in the Shop now! pic.twitter.com/l02H66LjTZ

The theme for Fortnite Chapter 2 Season 5 focuses on the greatest hunters from across the multiverse. This season has seen Jonesy recruit hunters such as The Mandalorian‘s Din Djarin, God of War‘s Kratos, Halo‘s Master Chief, Predator, and now T-800 and Sarah Connor. In the trailer above, Jonesy can be seen lending a hand to help the T-800, following its molten steel bath at the end of Terminator 2: Judgement Day.

In addition to the two skins, there’s also HK Skynet Uplink Back Bling, a Combat Knife, a Cyberdyne Salute Emote (which evokes T-800’s flaming thumbs-up), and a Techno-Grip Axe. All of these items are included in the Future War bundle. Those looking to just purchase the skins individually can snag T-800 or Sarah Connor for 1800 V-Bucks each. Sarah Connor also includes the Techno-Grip Axe.

READ  Thanks to our community and the amazing filmmakers, Short Nite popped off with over 8 million viewers last week!Butter get to cleaning up all that popcorn. See you in Party Royale again soon👀 https://t.co/BYW2KVbkow

For fans of The Terminator franchise, this definitely seems like an exciting bit of new content! It certainly seems like Jonesy is working hard to bring in any hunter he can this season. Now that the rumors surrounding Terminator have proven true, it will be interesting to see if Lara Croft is next!

Do you plan on checking out the T-800 and Sarah Connor skins in Fortnite? What have you thought of this season, thus far? Let us know in the comments or share your thoughts directly on Twitter at @Marcdachamp to talk about all things gaming!

Resident Evil Village Demo Out Now On PS5, Another One Coming This Spring

The Terminator and Sarah Connor are in Fortnite now