February 2021’s skin is named Vi and she comes with a slew of other items as part of the $11.99 monthly subscription. She’s described as “a cunning new warrior on a race against time.” 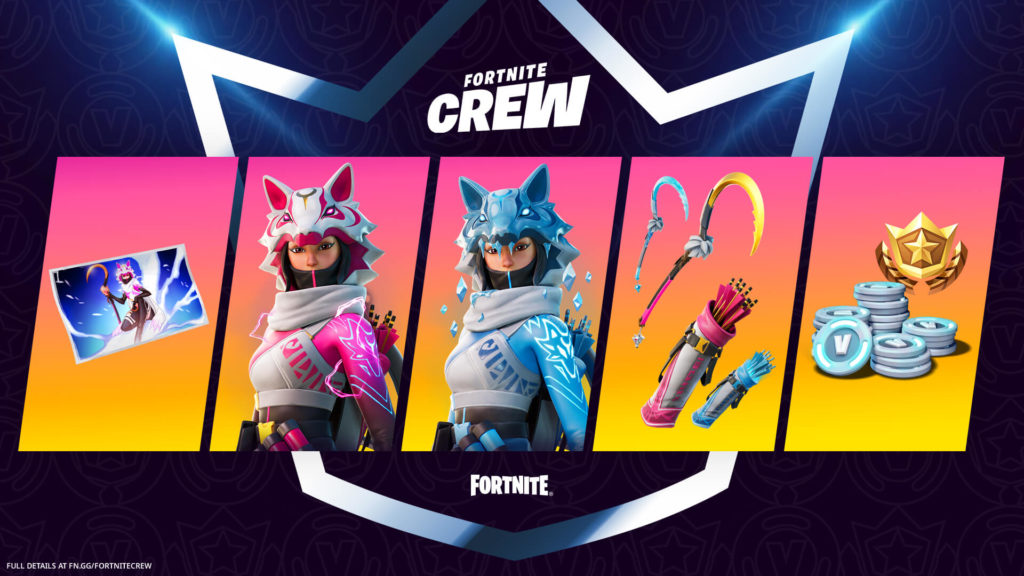 Vi’s outfit comes with two different color schemes, along with the Foxbow Quiver back bling, the Crooked Claw pickaxe, the Drift Shift Wrap, and a new loading screen.

Included with the monthly sub, as always, is 1,000 V-Bucks to use in the store, delivered to each subscriber on the date that they initially subscribed. For $12 a month, it’s not a bad deal, especially for the most avid Fortnite players. The battle pass is also included in the deal.

Vi and her items will come to the store on Jan. 31 at 6pm CT, so players have until then to claim January’s Crew Pack, featuring the Green Arrow outfit. Once it’s gone, it’s gone for good.

Vi will be available to claim until the end of February when a new Crew Pack will become available.