Streetwise Barrons: Roblox’s IPO Is Coming. How to Play the Videogame Boom. 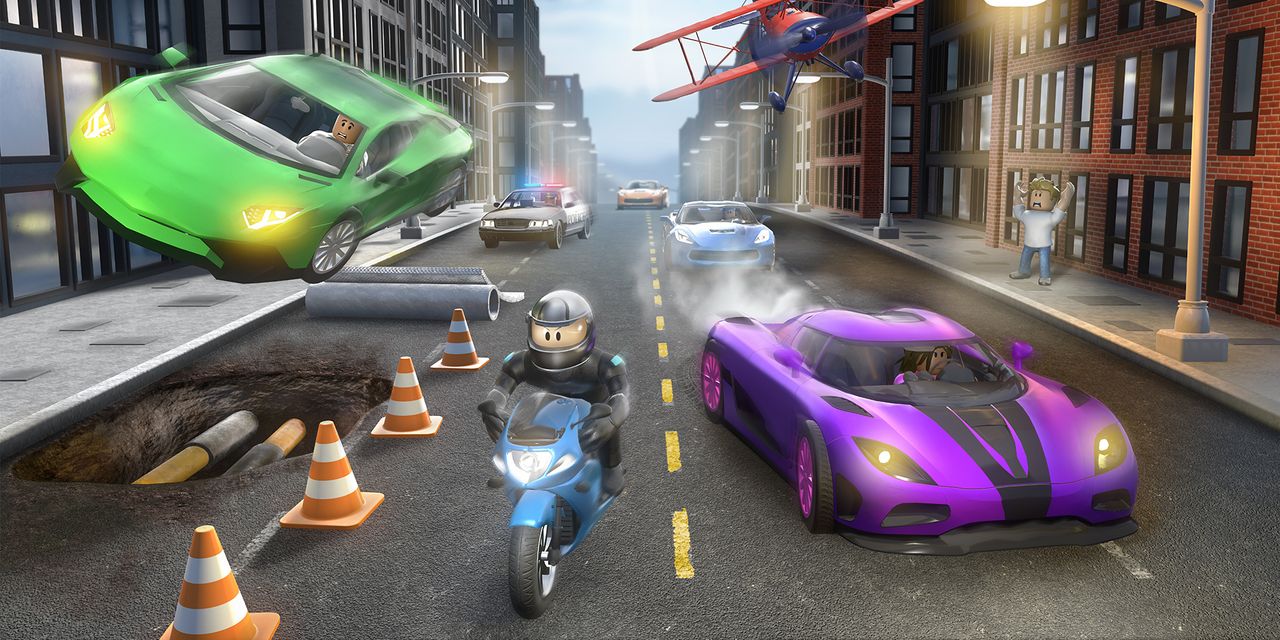 My bad parenting is about to get its own stock listing. Ticker symbol: RBLX. Technically, that’s for a company called Roblox, but it’s more or less the same thing.

See, I used to be a solid B- as a dad, bribing my kids with M&Ms to do extra math drills and forcing them into overmanaged sports leagues to burn off the calories. Then the pandemic shut down in-person activities and turned my home into a daytime turf war between the Zoom School Gang and the Department of Home Office Security. Evenings bring sweet relief, my wife and I have discovered, so long as we allow our kids to raise themselves as feral videogamers. Their favorite habitat is Roblox on their iPads.

Scold me if you must, but my family isn’t alone. Roblox says its users include two-thirds of U.S. children ages 9 to 12. During the first nine months of 2020, the number of daily users rose 82%, to 31 million. Hours played more than doubled, to 22 billion.

That’s nothing compared with what happened to the company’s value. Consider: The best-selling videogame property of all time is the Grand Theft Auto franchise, and its owner, Take-Two Interactive Software (ticker: TTWO), has enjoyed a stock gain of more than 1,500% over the past decade, its recent value at $23 billion. Roblox’s value, meanwhile, has jumped to $30 billion from $4 billion over the past year, judging by the terms of funding rounds earlier this month and last February.

Roblox was first launched for personal computers in 2006, and is today played on Apple and Android mobile devices, Xbox One gaming machines, and Oculus Rift virtual-reality headsets. It’s not one game but rather millions of them—a “human co-experience platform,” as the company puts it. The games are made by some seven million player-developers, of whom nearly a million make money for their efforts. Graphics are blocky and cartoonish.

Games are free to play, but developers can charge for things like a weapon that launches eight pumpkins at once, or a “Doge hat” to give a player’s avatar the head of a dog from a past internet meme.

Let your children onto Roblox and there will soon be incessant requests for the in-game currency Robux, bought with real money. There might also be a sharp increase in instances of the littlest one trying to call you “dude,” my field work indicates. Players can meet up in games with their real-world friends and communicate through a chat feature. Roblox filters these messages for inappropriate content, not always thoroughly, and employs a small army of game monitors.

The company had planned an initial public offering last year, but delayed it, and then announced this month that it would instead pursue a direct listing, whereby companies begin trading but don’t issue new shares or raise money. The stock could begin trading next month.

Roblox isn’t yet profitable, in part because it recognizes revenue from in-game purchases little by little over the gaming lives of its users. Revenue rose 68%, to $589 million, in the first nine months of last year. Bookings, a simpler measure of money coming in, jumped 171%, to $1.24 billion.

MKM Partners analyst Eric Handler estimates that Roblox has recently been averaging $100 million in free cash flow a quarter. Assume that figure could quickly double and you can make a case for Roblox’s valuation resembling that of Take-Two, the priciest of the legacy videogame makers, at 39 times projected free cash flow. Activision Blizzard (ATVI) trades at 29 times and Electronic Arts (EA), 23 times. All three stocks soared last year, as time playing videogames exploded.

READ  Fortnite is planning skins for LeBron James and The Rock, documents show

And it’s not just kids. Adults 45 to 54 increased their game time by 59% last year, according to the NPD Group, a market researcher. Spending rose faster. Last year, the global videogame business took in an estimated $180 billion. That’s about $80 billion more than the movie business at its peak.

Could now be as good as it gets for investors? “What’s so fascinating about this fiscal year for us, as great as it has been…is it is still a very light release year,” Take-Two CEO Strauss Zelnick told me this past week. “The bulk of the titles that made up the year existed previously, and have been ongoing consumer experiences.” Over the next five years, he expects to release more than 90 new titles, which he says is double the pipeline that Take-Two had a few years ago.

MKM’s Handler likes Activision Blizzard for its promising release calendar, including Call of Duty: Mobile, which came out in China on Christmas. He says it could be a $500 million to $600 million game this year. He also likes Electronic Arts for its recent acquisition of Codemasters, which makes racing games that haven’t yet added much recurring revenue from in-game services.

If there is a spoiler, it might be a coming wave of initial public offerings, which will generate excitement but could also flood the market with videogame shares. Playtika Holding (PLTK), a maker of casual casino-type games, came public earlier this month, and was recently valued at close to $13 billion. Beyond Roblox, candidates for going public this year include mobile game makers AppLovin and Scopely, which could be valued at several billion dollars apiece, and Epic Games, maker of the shoot-’em-up blockbuster Fortnite, which was valued in an August funding round at more than $17 billion.

That should give bulls pause. Also, the long-term outlook for videogaming is bright—but near term, once group activities resume, I might have to start parenting again. That will mean switching my kids from Roblox to their previous human co-experience platforms, like Little League, which has a chat feature called yelling stuff, and where players can alter their in-game appearance for free by sliding in dirt.