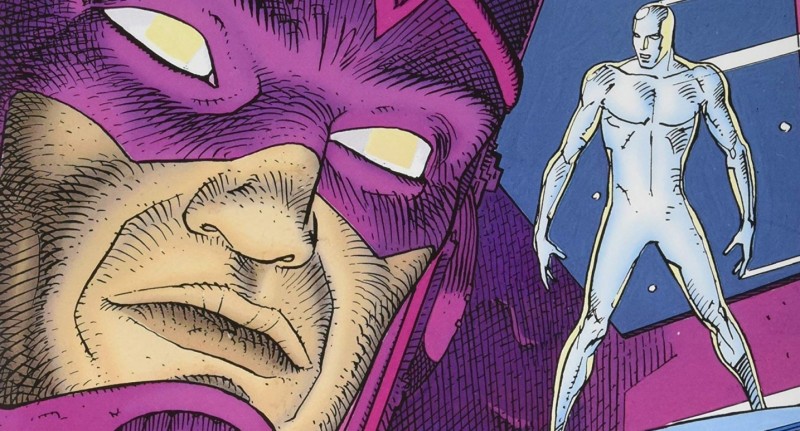 Silver Surfer is one of Marvel Comics’ strangest creations. He isn’t as oddly designed as M.O.D.O.K. (who is essentially an evil version of Humpty Dumpty), or as far-fetched as Howard the Duck (the pants-less detective wonder), but he rides a surfboard through space and feeds planets to a giant man. He’s a head-scratcher of a hero, but he’s likable, and backed by a story fueled by love, power, and cosmic intrigue.

And that brings us to the question of why I am thinking of Silver Surfer in this particular moment.

When I booted up Fortnite last weekend to check out the new Ant-Man skin, I scrolled through the shop to see what else was available for purchase. I didn’t expect to see a barrage of Marvel characters and gear, as licensed content doesn’t often return after the initial offering. I debated getting Venom, Daredevil, and Black Widow, but was able to hold off on making impulse purchases. That wasn’t the case with Silver Surfer. Supporting my hypocritical stance on licensed cameos in games, I purchased him immediately, and then in a moment of weakness, also picked up Captain America just so I could give Silver Surfer his amazing shield. The combination of Surfer and shield was too much for my comic brain to resist.

Following my spending spree, I booted up a Solo match to check out my shiny new skin in action. After leaping from the Battle Bus and summoning the surfboard for a smooth glide to the ground, I was hit with the desire to play a game just like this. It materialized in my mind: Explore alien worlds, scan them for minerals and life, and then determine if that planet should be fed to Galactus, a being you can’t trust, yet must appease if you hope to be free of him. That’s the game, and its foundation lines up perfectly with Hello Games’ No Man’s Sky.

I can’t think of a better combination of license and developer. The next closest would be Remedy doing a Star Wars game after making Control one of the best Jedi-like experiences I’ve ever played. Hello Games already has the perfect roadmap to support the Silver Surfer, and would just need to figure out how to inject story-heavy cutscenes into the mix.

Those story beats would likely bookend scripted gameplay moments. Much like No Man’s Sky, the player could still explore a universe filled with 18 quintillion planets, but specific planets or instances would have to occur at specific times to drive the narrative forward and create a cohesive arc that moves from chapter to chapter. 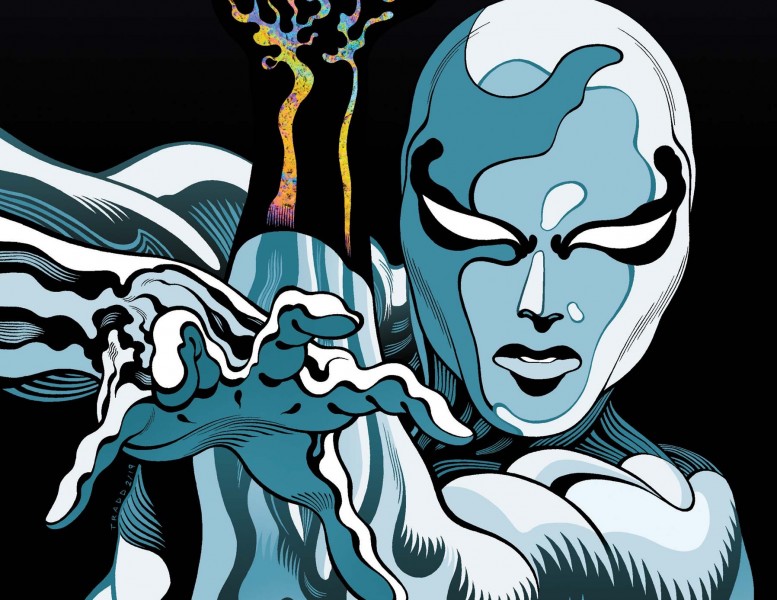 Holding true to the Surfer’s comic book history, the game I see should begin landlocked with players controller Norin Radd on his homeworld Zenn-La. It could be a quiet moment with Radd at home with Shalla-Bal, his lifelong love (their story is wild and is well worth investigating if you don’t know it). When this utopian planet is threatened by an alien presence, Radd is sent to space to investigate it. This moment could be Hello Games’ way of handing the baton from one game to the next, with the spacecraft being the first one the player pilots in No Man’s Sky.

The threat that Radd confronts is Galactus, and he’s here to consume the resource-rich Zenn-La. Radd pleads with the world eater to spare his world. Galactus agrees, but only if Radd becomes his herald, a helper who will locate other planets that can be consumed. With no other way of saving Zenn-La and Shalla-Bal, Radd transforms into Silver Surfer, and the true game begins.

It’s at this point that the player can go anywhere and the near-infinite loop of discovery of No Man’s Sky takes center stage. With Galactus always lurking close by, you will be asked to investigate planets to see if they will sate his hunger. Turning a planet over to him means all life on it will perish. The resources it could give you would also be lost. At certain points in the game, Galactus will hunger for different minerals and more of them over time. Those resources would also be used to power up the Silver Surfer, eventually making him strong enough to battle Galactus, defeat him, and become free of his service. That’s the endgame goal.

As much as Surfer wants to be free of his master, he must keep him satisfied with planetary meals. His satisfaction is represented on a meter that slowly depletes over time. If it’s reduced to nothing, it’s game over. The player will need to make difficult decisions with which planets are spared or lost. Some worlds may need to be consumed without even scanning them just to keep Galactus fed on long journeys. When a planet falls, I’d love for the player to get a report of what was lost: how many species, beings, resources, technologies, all of it.

At particular story points, two important planets could be dangled in front of Surfer, and he must decide which one is lost. The one that remains could open up a new side story, whereas the one that is lost shuts down a different one.

Since Surfer is one of the mightiest heroes in the Marvel universe, combat would be plentiful, with space battles erupting in the orbits of advanced planets, as well as ground warfare on worlds that are more prehistoric in their wildlife.

I see Silver Surfer as a game of gaining power, and the player has agency in how and when it is obtained. They are free to explore the cosmos and will encounter things their friends never do. It’s also a story of love, which sees Surfer going back to Zenn-La periodically to check in on Shalla-Bal. And it’s a game of loss and destruction brought on by Galactus’ hunger and Surfer’s weaknesses.

I’m sure the Silver Surfer will eventually make a huge splash in the Marvel Cinematic Universe (likely when the Fantastic Four are introduced), but when and how that happens remains to be seen. What I do know is that his perfect game is there for the making (at least I think it is). Odds are Hello Games will continue adding to No Man’s Sky for years to come, but if that development team wants to try something a little different, they should ring Marvel, or Marvel should ring them. I can guarantee at least one copy will be sold.