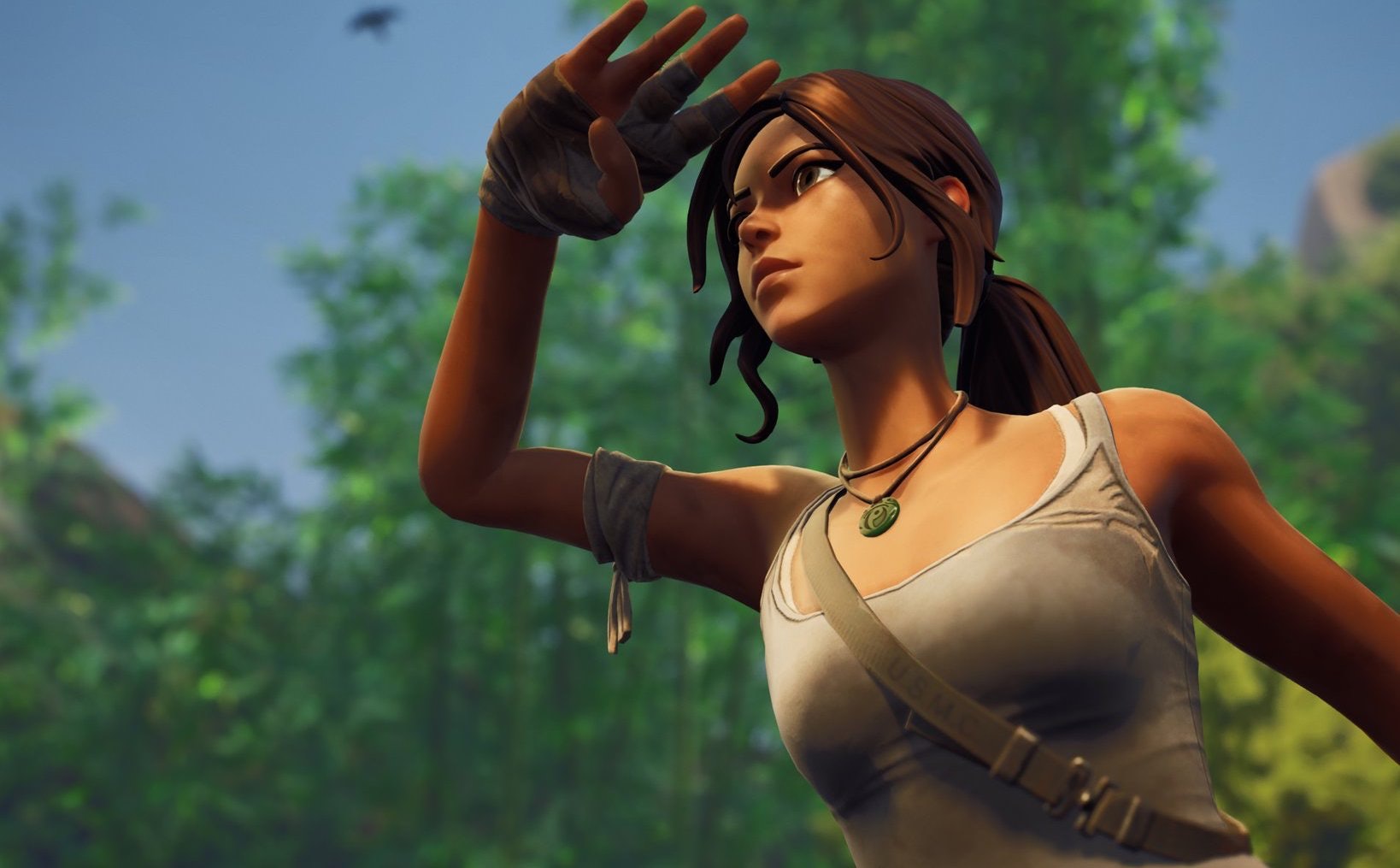 The latest Fortnite update released Tuesday introduces the Grappler Bow, a powerful new exotic weapon that allows you to zip around just like the Grappler (hence the name). For anyone keen on tracking it down, you’ll have to follow several steps that aren’t exactly straightforward. There aren’t any overt explanations in-game, so you might be wondering how to get your hands on it.

Where is Lara Croft in Fortnite?

The first step is to claiming a Grappler Bow is to locate Lara Croft.

She’s found wandering around Stealthy Stronghold at the northwest portion of the map. It’s the same area where you may have hunted down the Predator in Chapter 2 Season 5. She tends to hang out towards the center of this area inside one of the structures, but she’ll often be exploring to some extent. Just look for the speech bubble icon if you’re having trouble finding her.

How to get the Grappler Bow in Fortnite

Once you do track down the Tomb Raider, you’ll need to shell out 500 gold bars to purchase the Grappler Bow, which is one of the most expensive items in the game thus far.

If you don’t have enough, you’ll need to loot around and potentially take down some enemy players to find more gold bars. Remember, your gold bars carry over from match to match, and you can check how many you have at the main menu, beneath the list of quests. All it may take is playing a few matches and focusing on other tasks for you to collect enough gold.

Why is the Fortnite Grappler Bow so good?

For 500 gold bars, the Grappler Bow better be great, right? Whether or not it’s worth the price will ultimately be up to you, but it does have specific benefits that make it stand out amongst the other weapons. It functions similar to other bows, except the arrow tip has a claw-like contraption that clings to whatever surface it hits. So you can use the Grappler Bow to zip up to atop tall surfaces like buildings or hills, giving you an effective means of traveling around the map.

You can mix this into your arsenal of attacks by zipping closer to an enemy, or above them, closing the gap to give you the upper hand. Perhaps the best thing about this weapon is that you don’t take fall damage when utilizing it, so you can abuse that to get the drop (literally) on your opponents.

The Grappler Bow also deals damage like a regular bow would, but keep in mind, it will pull you towards your opponent when used. Skilled players will use this bow as a complementary weapon instead of a main method of attack. The most effective strategy is to zip towards an opponent and then quickly switch to a shotgun to deal massive amounts of damage before they even know what hit them.

Its biggest downside is that it comes with only two arrows by default. So you’ll want to make it a priority to loot and find arrows to make use of it. If you aren’t someone who spends a lot of time looting, you might not get much use out of the Grappler Bow, so keep that in mind before spending 500 gold on it.