Biomutant trailer gives you a look at the game’s world 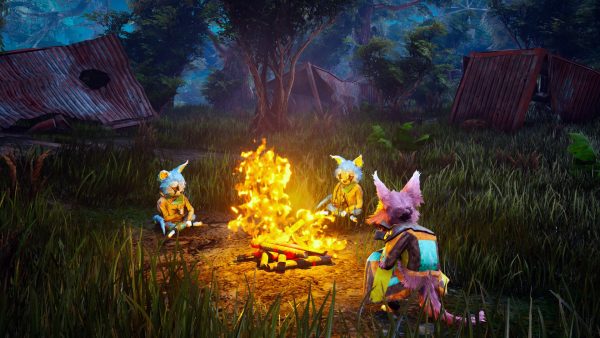 Check out this new Biomutant trailer.

Biomutant is getting closer to its release, and to get you excited, a new trailer has been released giving you a look at the game’s world.

Alongside the new trailer, it was announced that digital pre-orders have kicked off and the game will offer the Mercenary Class Loadout as a pre-order bonus.

The Mercenary Loadout offers a combination of perks that can be unlocked in-game, but with the DLC you can start the game already set up. This loadout has dual-wield as a starting ability and is geared up with the “Nippon Katana” and the shorter “Nippon Copecutter”.

The class loadout will be included in all digital preorders, as well as the Collector’s Edition and the Atomic Edition.

If you don’t digitally pre-order, you will be able to buy the loadout as DLC post-release.

Other than the standard edition of the game, here’s a refresher on the Collector’s Edition and Atomic Editions.

Biomutant is an open-world, post-apocalyptic RPG with a martial art-styled combat system allowing you to mix melee, shooting, and mutant ability action.

In the game, your actions will play a major part in the unfolding story where the End is coming to the New World. A plague is ruining the land and the Tree-of-Life is bleeding death from its roots. The Tribes stand divided, in need of someone strong enough to unite them or bring them all down. You are guided through the world by a Storyteller that narrates every step of your journey, but it’s your actions and choices that’ll decide how your story of survival ends.

While playing, you can re-code your genetic structure to change the way you look and play. This will affect your attributes and in addition to this, exposure to bio-contamination in the world will lead to mutations like the Turtleform and Mucus Bubble, while exposure to radioactivity found in bunkers will affect your mind and unlock psi-mutations like telekinesis, levitation, and more.

It also features the ability to craft weapons, and there will be characters you’ll meet who can craft stuff for you too.

Biomutant arrives on PlayStation 4, Xbox One, and PC via Steam and Epic Games Store on May 25.

The post Biomutant trailer gives you a look at the game’s world appeared first on VG247.

READ  Brave, noble... delicious 🍔Defiant against hunger and protectors of the almighty food court. The Knights of the Food Court are here. https://t.co/pdzmuADP08