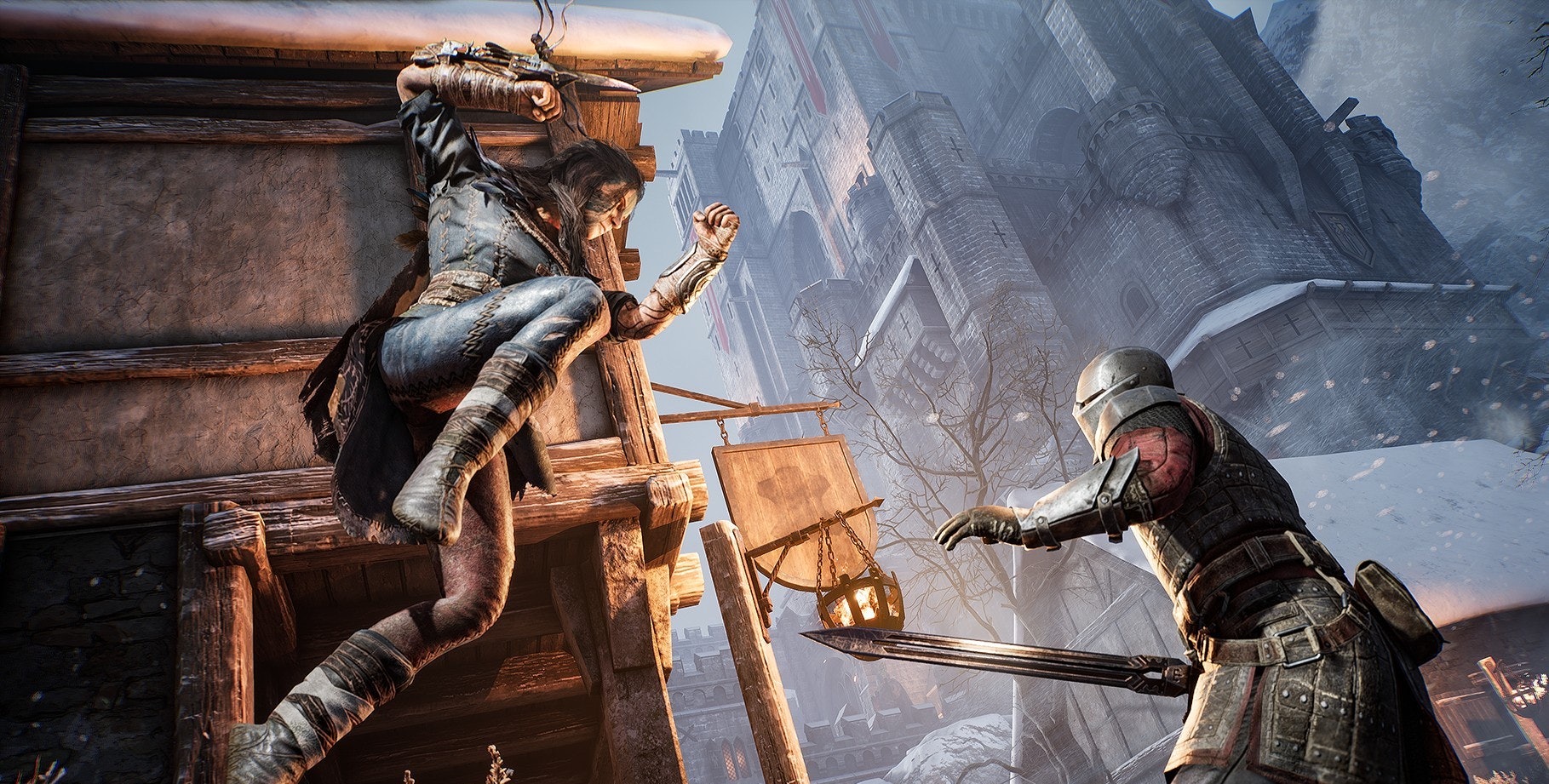 Hood: Outlaws & Legends tries to be a smart, varied multiplayer experience, but lacks enough depth to warrant your attention.

For every major online multiplayer success like Fortnite or Rocket League, there are countless others that fall flat, and that, unfortunately, feels like the fate of Hood: Outlaws & Legends. This competitive PvPvE heist game pits two teams of four against one another on a quest for treasure. There’s just that one main mode, so things get old quickly.

Hood lacks anything resembling a story or single-player component, so its entire premise hinges on its multiplayer functionality. That wouldn’t be an issue if the game had the depth and replay value to keep you coming back for more, but unfortunately, it doesn’t. And for that, it’s hard to recommend Hood: Outlaws & Legends.

Not enough meat on its bones

The general formula in Hood: Outlaw & Legends consists of two teams battling it out to get the most treasure throughout a match. The matches play out across three phases: Steal the key from the guard, use the key to open a vault that contains treasure, and then escape the level with the treasure you’ve collected. This is the general layout of each match, and it gets tiresome quicker than you’d think.

Each match plays out pretty much in the same way. There might be slight differences in which team gets the key or finds the treasure, but ultimately, you’re doing the same thing over and over again.

The most compelling portion comes at the end of a match when players must raise the treasure to the extraction point by cranking a wheel. As you crank the wheel, a bar fills up and the team to fill the last bar wins the game. This section gets chaotic, as team members attempt to interrupt one another from filling the bar. Here is when players can strategize to overcome the final stretch of a match, and proper planning goes a long way.

Even still, after a few hours of playing, the excitement tends to fade. There are few possible outcomes that can play out based on the limited number of players, the level design, and gameplay structure. The entirety of Hood: Outlaws & Legends feels like a small portion of what should be a larger package, the inverse of how Assassin’s Creed games used to feature a competitive multiplayer component in addition to the robust single-player portion. Now, imagine if that game launched with only a multiplayer suite — and only one mode. That’s what you get with Hood: Outlaws & Legends.

To top all of that off, the rewards you get at the end of each match are severely lacking. Most of them are cosmetic. With the game’s dark visuals and gritty art style, you can barely see what your character is wearing during a match anyway.

The only rewards that serve a purpose from a gameplay perspective are the perks, which give you enhancements such as less stamina depletion or faster cooldowns. But ultimately, if the game isn’t fun to play, these perks won’t do much to motivate you to stick around.

You play as one of the four class types: Ranger, Hunter, Brawler, and Mystic. As you’d expect, these all have their own traits and attributes that appeal to different playstyles. Each class truly does feel unique and balanced. The Ranger uses a bow and is much more nimble than the other classes, while the Brawler is slow but packs a punch.

Despite the balanced classes, Hood: Outlaws & Legends has a fundamental issue with its moment-to-moment gameplay. Hitboxes are often wonky, and it’s not uncommon to miss one or all of your strikes, even if your opponent is at point-blank range. Dishing out attacks depletes your stamina bar, so it’s frustrating when the effectiveness of your strikes is left to chance. It’s unclear if this is due to an internet problem, or if the hitboxes truly need some work. Either way, it makes for a major pain point in Hood: Outlaws & Legends.

Other times, you might struggle to pull off an execution from behind, as the prompts seem to come up inconsistently. In fact, this issue is common throughout most of the game. Interacting with anything, whether it be the crank to lift up the treasure, a door, or ladder, is often far too slow, due to the lack of immediacy with their button prompts. This can sway the match if there’s an enemy nearby. There’s nothing worse than being taken out because you couldn’t open a door fast enough.

Even ignoring the fact that the game registers your attacks when it feels like it, you’ll likely find the simple act of moving your character to be an absolute slog. Just maneuvering through the maps in Hood: Outlaws & Legends feels clunky and sluggish, which is a major hindrance when you add real players into the mix.

At least in the early access for those who pre-ordered, it was common to wait upwards of 10 minutes in between matches. You have to have a full lobby of eight players in order to start a match. For a game that already struggles to grab your attention based on its limited offerings, having such long wait times is yet another deterrent, albeit one that should improve dramatically post-launch.

Exploring the game’s levels is not fun either. Struggling to simply reach a capture point or to regroup with your teammates is common. You can see your objectives on the minimap, but due to the way each map is designed, there are few options for actually getting around.

There were countless times when we’d be met with push-back when simply trying to reach the floor below. With no nearby ladders or ropes to climb down, most of our time was spent scouring the floor for an alternate route. There should be numerous ways to get around, allowing for ease of use when reaching objectives, especially towards the more critical portions of a match.

This rings true during the early stages of a match, as you often spend several minutes simply trying to find the Sheriff with the key. The location of the Sheriff and the vault that contains the treasure are randomized each match, so exploring the levels needs to be more entertaining than it is. But the game misses the mark here.

Hood: Outlaws & Legends is barebones, clunky, and frustrating in nearly every way. The moment-to-moment gameplay is sluggish, the maps aren’t fun to explore, and the overall formula gets old quickly. The developer has plans for more content in the future, which the existing game needs. 4/10.

INVERSE VIDEO GAME REVIEW ETHOS: When it comes to video games, Inverse values a few qualities that other sites may not. For instance, we care about hours over money. Many new AAA games have similar costs, which is why we value the experience of playing more than price comparisons. We don’t value grinding and fetch quests as much as games that make the most out of every level. We also care about the in-game narrative more than most. If the world of a video game is rich enough to foster sociological theories about its government and character backstories, it’s a game we won’t be able to stop thinking about, no matter its price or popularity. We won’t punch down. We won’t evaluate an indie game in the same way we will evaluate a AAA game that’s produced by a team of thousands. We review games based on what’s available in our consoles at the time. And finally, we have very little tolerance for junk science. (Magic is always OK.)

the CARV.2 is really good in Warzone haha..