Epic vs. Apple: #FreeFortnite is a dirty trick that might just work 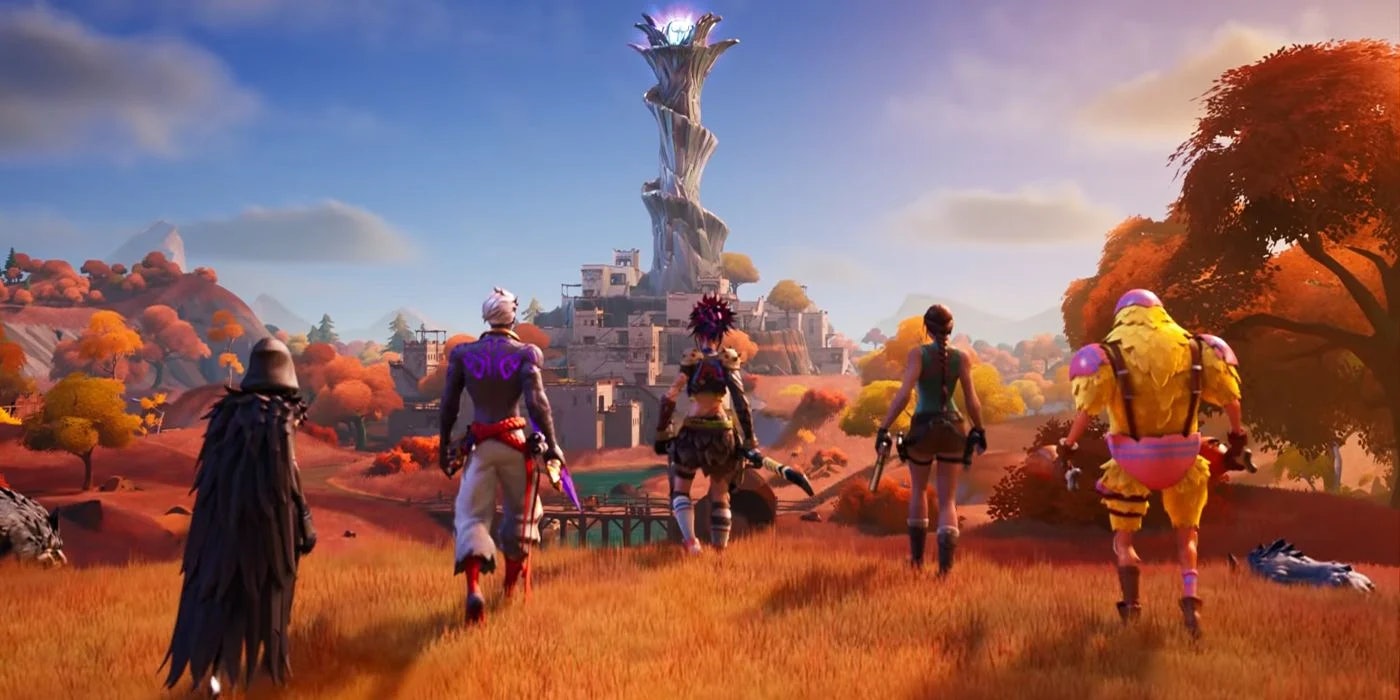 The Epic Games v. Apple trial has been a wild ride.

The two tech giants are facing off in court after Apple took all of Epic’s apps, including the enormously popular free-to-play game Fortnite, off of the App Store last year. Epic responded to the move by firing up a legal battle that seeks justice for app developers everywhere who have to abide by Apple’s rules.

It’s a complicated case. Apple charges developers a 30 percent commission fee on app purchases, which Epic argues is unreasonably high. That also includes in-app purchases, which means it gets a cut of things like V-Buck sales (the in-game Fortnite currency). For app developers, the case is a monumental deal that could rein in what’s seen as a big bad in the tech world.

Epic wants you to think it’s the good guy in this scenario. While the company may be justified in its complaints about Apple’s tactics, there’s one area that firmly plants Epic in a moral gray zone: the way it has mobilized its community throughout the battle.

That includes many of the game’s youngest players.

When Apple removed Fortnite from the App Store, Epic didn’t simply take it to the courtroom. Instead, the company turned the moment into an all-out marketing campaign that leveraged the Fortnite fanbase. Epic turned the battle into a hashtag: #FreeFortnite. It quickly turned that rallying cry into a brand, hosting a tournament in Fortnite under the label, releasing an apple-headed “Tart Tycoon” skin in the game, along with some cheeky merch for fans to win. Top players could win laptops, phones, and consoles for participating.

Join the resistance, get a prize.

Epic took that one step farther last August when it released a video parodying Apple’s iconic 1984 ad where a runner smashes some screens. The recreation features Fortnite characters literally fighting back against Apple’s monopoly.

The instinct to launch an all-out attack is understandable considering how massive Apple is. According to MIT Game Lab research Scientist Mikael Jakobsson, Epic may need all the help it can get to win this case.

“I can’t remember a successful challenge to a proprietary platform owner like this before,” Jakobsson tells Inverse. “So I can see why Epic might think they need some help from their fanbase to pull it off.”

Some viewed #FreeFortnite as a justified rallying cry. Others wrote it off as hyperbolic cringe. But the full consequences of kicking this hornet’s nest are only just now starting to unfold. The trial opened to absolute chaos on May 3 when Fortnite fans flooded the digital call with a cacophony of noise. Many spent 20 minutes parroting the “Free Fortnite!” company line. Others were just there to complain about their declining YouTube numbers.

At one point, a young voice can be heard singing the viral Fortnite song “Chug Jug With You” amid a sea of angry voices.

“If Apple wins, I’m gonna blow my brains out,” another voice says.

The idea of rowdy Fortnite fans crashing a trial seems pretty silly at first glance, but there’s a dark undertone to all this. Many of the people involved seem to be children. Kids make up a large portion of Fortnite’s player base, which is a major reason Epic has become such a formidable force in recent years.

It’s hard to pin down the precise percentage of the game’s userbase that’s under 18 owing to privacy concerns, but there are several reasons that kids are drawn to the game. According to Jakobsson, Fortnite is a bit of a perfect storm. It’s popular with streamers that kids tune into, it’s a “friendly” shooter filled with bright colors, and it’s totally free. All of that makes it particularly enticing for kids.

Revelations from the case also reinforce that children are key to Epic’s business strategy for the game. Court documents show a 2018 letter from Epic CEO Tim Sweeney to Sony Interactive Entertainment Senior Vice President Phil Rosenberg. In it, Sweeney speaks out about Sony’s crossplay restrictions, specifically citing how it impacts young Fortnite players.

“Many Fortnite players are kids, and their friendships are being torn apart by Sony’s segregation of players on competing platforms,” Sweeney wrote.

That line appears directly before Sweeney questions the legality of Sony’s practices. It’s an odd detail that comes off as Epic guilting Sony into reversing its business decisions because it’s hurting children.

Whether intentional or not, Epic’s strategy is consistent with what we’ve seen during its most recent battle. When Epic started mobilizing its community, it wasn’t speaking to fellow app developers who can’t stand Apple’s practices. It was talking to kids who love Fortnite. Children were listening, and now they’ve found themselves in the middle of a legal war that may be entirely over their heads.

Epic’s approach to its community has been a point of debate since the #FreeFortnite campaign first launched. While some rallied behind it, others saw its tactics as grotesque due to the way it was targeting kids, whether inadvertently or on purpose.

“Epic, a company worth $17.3 billion, weaponizing the fanbase of its most popular game (who are mostly freakin’ children) so it can leverage an even larger trillion-dollar megacorporation to potentially make more money,” wrote Twitter user CaseyExplosion back in August. “It’s trying to ignite a ‘culture war’ using children.”

Epic’s attitude towards its young players has even become a talking point during the trial. At one point on May 4, Epic’s lawyer discussed some of the company’s woes when it came to V-Bucks. Its lawyer argued that sending players to an external website to make purchases was an inconvenient user experience. Judge Yvonne Gonzalez Rogers had a pointed response.

“Is that a responsible way to deal with a young client base? Why should we want them to have the ability to just, on impulse, buy something?” Gonzalez Rogers asked.

Epic’s lawyer stood by that business practice, chalking it up to a matter of customer convenience.

That’s where Epic stops looking like a hero in this situation. It wants to paint the situation as a David versus Goliath battle, but the reality is that Epic isn’t a “little guy.” It’s a gigantic corporation that’s only becoming more powerful in its quest to create the Metaverse. Epic isn’t just the Fortnite developer; It’s also responsible for the Unreal Engine, an integral part of game development and special effects work in cinema. Within the next decade, it’s possible that Epic becomes as big as Apple itself.

Epic doesn’t seem to have a problem with its young fans inserting themselves into its war with Apple. When Inverse reached out to Epic about its community’s role in the legal battle, the company declined to comment. Instead, a company representative pointed to CEO Tim Sweeney’s recent tweets on the case, doubling down on its underdog language. Sweeney even includes a photo of himself as a child using Apple products in the tweet, emphasizing the “profound role” the company played in shaping his development.

This kind of “army-building” isn’t new — we just saw it play out with Zack Snyder’s Justice League — but it’s certainly strange for a legal dispute like this. While these campaigns can be successful, they have a darker side too, Jakobsson points out.

“The wielding of one’s online fanbase as an ‘army’ can often have bad unintended consequences,” Jakobsson explains. “Some game companies may be a little more combative in their public relations than other tech companies, and Epic is also traditionally more ‘aggressive’ in their image than say King (the makers of Candy Crush).” At the end of the day, is weaponizing the playerbase in this manner advisable? “I would definitely have advised against it,” Jakobsson says, “especially since media and public opinion has a tendency to quickly turn on video games and the games industry.”

It’s hard to blame anyone for feeling uncomfortable with the whole situation. Epic may not be as big as Apple, but it still wields tremendous power. Its rallying cry isn’t just a cute shot at Apple. Words matter. As we’ve already seen this year with January’s insurrection at the United States Capitol, fiery rhetoric can have a serious impact on angry people who don’t know what to do with all their rage.

Epic needs to be careful in how it interacts with its community because kids are confused, upset, and listening. Many don’t understand the complexity of Apple’s business practices. They just want to play Fortnite on their phones again. A digital courtroom packed with children blindly parroting a corporation’s legal case turned marketing gimmick is a dark moment no matter whose side you take in the war.