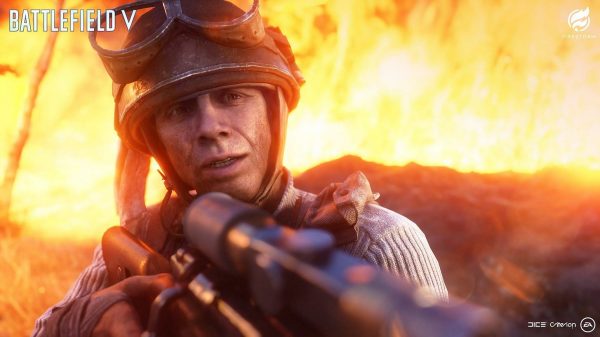 Electronic Arts has filed a patent for a different kind of battle pass, one that’ll allow you to decide which rewards you earn, rather than force you to travel one pre-determined path.

Battle passes are here to stay; that’s no secret. Whether you’re an avid player of Destiny 2, Fortnite, Apex Legends, Call of Duty, Halo, Fall Guys, or just about any other game at the moment, you’ll have been subjected to a battle pass.

Keen to innovate on gaming’s latest lucrative trend, EA filed a patent for a new form of battle pass on May 13 under the name “Seasonal Reward Distribution System” (thanks, GameRant).

The main difference between this and a battle pass you may already be familiar with is the ‘non-linear path’ it offers as you progress, letting you earn items that cater more to your play style or preference when it comes to aesthetics.

“The seasonal reward system can provide users with a non-linear map that allows the users to choose how to progress through the reward map when advancing or leveling up a virtual character or user account within the video game,” reads a blurb for the patent. “The virtual map can provide a visual representation of a non-linear pathway or tracks that a user can follow based on how the user would like to proceed and what types of rewards the user prefers to unlock.”

It’s basically a way of letting you choose your path as you gain experience and levels, similar to skill trees you’ll be familiar with in other games.

What’s not so hot is that the patent mentions ‘pausing gameplays for each of the clients except the first client when the in-game status is favorable to pausing the gameplays for the first client’ – suggesting that EA wants to force pause other player’s games when one player levels up. We know enough about griefers and trolls to know the potential that has for abuse…

Are we going to see something like this introduced in FIFA, Apex Legends, or Battlefield 6 in the future? All the games are owned by EA, and we know that the company is eager to push players towards premium models.

Let’s just hope they do it tastefully.

The post EA patent aims to let you choose your own battle pass rewards appeared first on VG247.