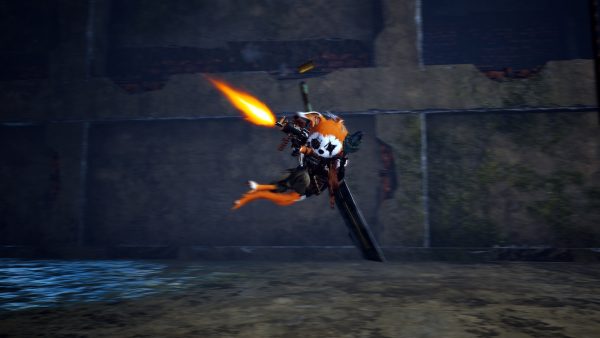 The first video is PS5, and on the console, the game will run at native 1080p at 60 FPS, upscaled to 4k at 60 FPS with Dynamic Resolution.

According to THQ, information on a native PS5 version will be shared “soon” and the reason the game doesn’t run in native 4k on PS5 is due to technical reasons.

There’s even a disclaimer in the video that states: “with this build, the option for native 4K on PlayStation has been deactivated due to stability – and performance-related reasons.”

With the Xbox Series X version, the game will run in native 4k at 60 FPS with Dynamic Resolution. This video also features the following disclaimer: “It will not be a native current-gen experience. More information on that will follow soon, though.”

On Xbox Series S, you can expect 1440p at 30 FPS with Dynamic Resolution. The reason you aren’t seeing footage of it running on the Series S is because the studio doesn’t have one in the office.

Biomutant has been in the works quite a while: it was originally announced at gamescom 2017, with the developer suggesting it was in the final stages of development in 2019 before finally showing off proper gameplay in June 2020.

The game is due to land on PlayStation 4, Xbox One, and PC via Steam and Epic Games Store on May 25.

The post Here’s a look at Biomutant running on PS5 and Xbox Series X appeared first on VG247.

How to get FREE Street Shadow Pack on PlayStation, Xbox, Switch and Android Devices in Fortnite

Epic is Giving out a FREE SKIN! (How to Unlock)