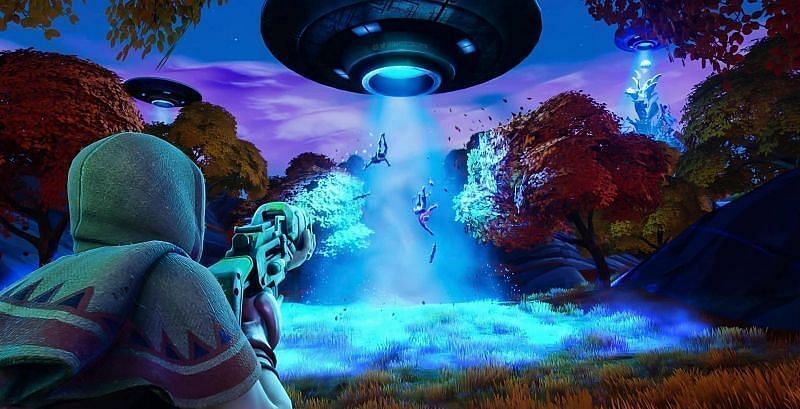 Fortnite Season 7 launches June 8, 2021. But what’s going to be included in the upcoming Battle Pass? Below, we detail everything you need to know about the start time of the new season, leaked information, and how Rick and Morty may contribute to the madness.

When is the Fortnite Season 7 start time?

On Monday afternoon, the Fortnite Status Twitter account announced that, just like the story cinematic and Battle Pass trailers, server downtime for Season 7 is expected to begin around 2 a.m. Eastern June 8.

It’s difficult to know precisely when Season 7 downtime will end based on the individual needs of this particular Battle Pass, but we expect most players will be able to squad up by 6 a.m. Eastern on June 8 at the very latest.

What do Fortnite Season 7 teasers tell us?

There have been three teasers for Season 7, with each one displaying key elements of the upcoming season. Here’s a brief recap of what we know so far.

Teaser 1: The first teaser features a milk carton, an object that looks like a Fishstick weapon charm, and some sort of gravity gun. Milk might be a consumable, while the latter item hints at futuristic weaponry making its way to Battle Royale.

Teaser 2: This teaser features Clarke Kent glasses, a guitar, and the Pulsar 9000 weapon from Save the World. It’s possible Superman will be a Season 7 Battle Pass skin, and the guitar might be used as a weapon.

Teaser 3: The third teaser features another weapon that is said to be highly effective against organic materials. There’s also a helmet, and, perhaps most critically, the Butter Robot from Rick and Morty. Just like the Superman tease, this one offers an overt hint that Fortnite’s crossover fever will persist in tomorrow’s big update.

What do Season 7 leaks tell us?

Given that Epic has been very open about the main theme and features of the next Battle Pass, leaks from data-miners like ShiinaBR, iFireMonkey, FortTory, and HYPEX are a bit more underwhelming than usual. But, there are a few tidbits we’ve been able to glean.

The Baltimore Ravens Are Launching An Esports League And Tournament Series