Remedy’s Control Is Free Through The Epic Games Store 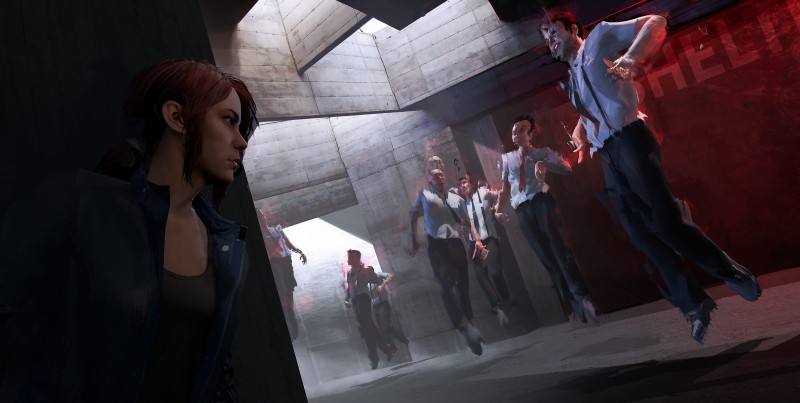 Remedy didn’t give us a new Alan Wake, but they might as well have with how incredible Control was and how intricately it tied into the studio’s previous science fiction horror tale. With massive upgrades to the game for PlayStation 5 and Xbox Series X players, PC users that have yet to jump into this universe can do so now – for free – thanks to the Epic Games Store.

The Epic Games Store offers a constantly rotating library of free games for players to enjoy. While next week will have its own offerings with Overcooked! 2 and Hell Is Other Demons, this week is all about Control. Can you handle the bureau’s dark secrets shrouded in mysterious supernatural horrors? Can you hone the powers that Jesse Faden unlocks throughout her journey? Only one way to find out! You can download Control for free, right here.

As a massive Alan Wake fan, I had always meant to pick up Control during the launch period. However, I could never find the time to dedicate to it and only recently scooped it up ago on PlayStation 5 a few months ago. I have never been happier to dive into an adventure; immediately, Jesse’s story grabbed me and made me hungry for more. The clues hidden throughout the game, especially the ones concerning Alan Wake and his wife, were astounding and intrinsically involved. The unraveling mystery had my teeth on edge the entire time. The combat felt challenging and rewarding. The enemies were horrifying and detailed. The story was in-depth and unique. Everything about Control is a must-play. While I’m sad I sat on it for so long; I am glad I got to experience it at all, especially the DLC that followed after.

READ  Got what it takes to reach Galaxy Blue?The Zone Wars Bundle is back in the Shop! https://t.co/DnVx7jNgCn

If you’re interested in more ‘official’ formulated thoughts regarding Remedy’s most recent game, you can check out our full review right here. Our own Ben Reeves scored it an 8.75 (which is understandable, I understand that the game had some technical difficulties on last-gen systems). Reeves ended his review, saying: “Despite a few drawn-out battles near the end, Control is a complete rush. With the power at Jesse’s fingertips, I walked into every room, ready for an amazing fight. When I walked out, it often looked like a tornado had torn through the building. The Federal Bureau of Control is a fascinating place to explore, and I loved every bizarre encounter inside its creaking hallways.”

What were your thoughts on Control? Are you planning on scooping it up for free, or would you rather experience it on console? Sound off with your thoughts in the comment section below!

We *FILLED* The NEW Season 7 Crater!