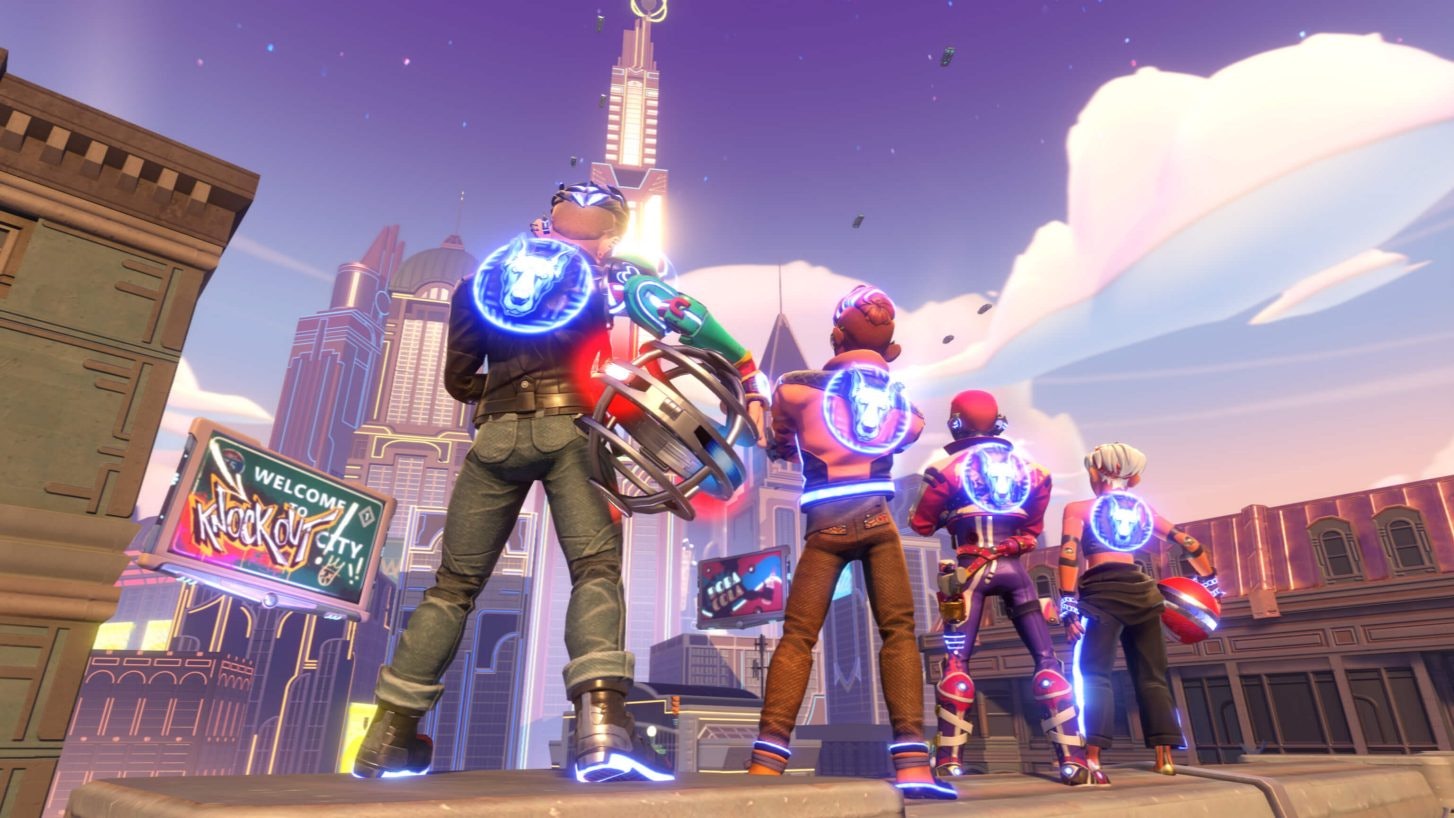 Game rentals are a relic of a bygone era. Some gamers still remember the winsome feeling of perusing the shelves at a local Blockbuster in the hopes of finding something, anything, worth taking home. Sometimes the stars would align and you’d rent a game you had before, with your save waiting for you right where you left off. Then the internet happened and, in addition to more or less destroying polite society along with Blockbuster, the internet allowed us access to game demos. Bite-sized glimpses of upcoming games we could download and enjoy, briefly, for free.

But there is a certain nihilism in investing in a game demo. None of that effort will translate should you jump at a purchase and, worse, you often end up replaying an introductory mission or tutorial BS again. Boredom is a bad start for any game. What if there was a game that combined the easy-breezy access of the modern game demo with the rental store thrill of carryover saves from yesteryear?

Knockout City from Velan Studios is being favorably summarized as “Fortnite but dodgeball” with active players already in the millions since its launch on May 21. The gameplay is about what you’d expect. It’s a frenetic, fast-paced dodgeball game that involves trick shots, power-ups and plenty of teamwork sprawled across a handful of flashy maps. Teamwork without mandatory voice chat though, a nice feature for players who may not have a roster of friends ready to roll at a moment’s notice.

It’s also not a twitchy aim game. With the exception of a long-range sniper ball, Knockout City has auto-aim, so it’s really all about getting your shots off quickly as you keep moving. The flow of the gameplay is throwing and catching balls in volleys among groups of opponents, just like IRL dodgeball. Unlike IRL dodgeball you can turn into a ball yourself and have a teammate throw you at an opponent. If you score a hit this way it’s an instant KO (normally players need to get hit three times).

There are currently five game modes for players ranging from solo showdowns to 4-on-4 battles, each with different rules and objectives. The most popular is Team KO, a 3-on-3 battle to be the first team that scores 10 knockouts. And, being a 21st-century multiplayer game, Knockout City is already dealing in seasons so expect lots of new modes and constant updates as the game and its player base evolves.

The early surge in players is likely due to the game’s pricing model, which allows you to enjoy it for free until you hit level 25. At that point you can buy the full game ($20) and keep going or you can go find something that doesn’t involve ball dodging. It’s an interesting strategy (and one we’re not entirely sure will lead to success) but in the short term it’s a trending, fun, free game you can dive into right now as you wait for more news about Elden Ring.

Most valuable thing you stole with a Saucer? https://t.co/hcEl8MRpkc