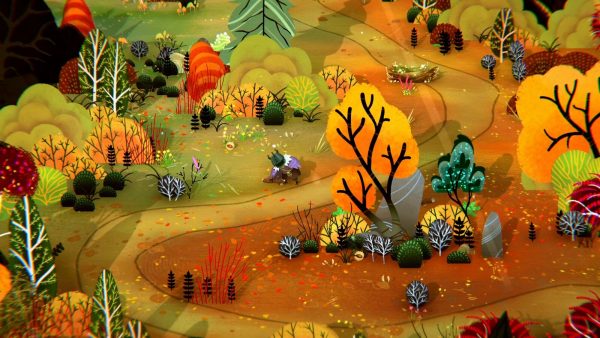 Sony has announced some new and popular indie games are heading to PlayStation consoles.

First off, Sony dropped a reminder that the rather great rogue-lite Hades is coming to PlayStation on August 13. If you still have yet to play the award-winning title from Supergiant Games, in this dungeon crawler, you will defy the god of the dead as you battle out of the Underworld of Greek myth. To help you along the way, you’ll be wielding the powers and mythic weapons of Olympus, while growing stronger and unraveling more of the story with each unique escape attempt.

Released just over a year ago on PC, Switch, Xbox One, and through Xbox Game Pass, Carrion will finally grace PS4 later this year. Described as a ‘reverse horror’ game, in it, you will stalk and consume those who imprisoned you. As an amorphous creature of unknown origin, your only goal is to “spread fear and panic” throughout the facility where you were imprisoned. You will both grow and evolve as you acquire more devastating abilities on the path to retribution.

During the announcement drop, PlatinumGames revealed a sequel to Moon Cresta (1980) and Terra Cresta (1985) is in the works for PS4. Titled Sol Cresta, the 36-years-in-the-making space shooter itself is a “free-form docking and shooting” game and is the final chapter of the Cresta Saga. In it, you will pilot three ships and free the solar system from the clutches of evil. There’s more information about the game over on the PlatinumGames blog.

Also announced was the latest from Alientrap Games, Wytchwood. The game is a crafting adventure set in a land of gothic fables and fairytales. As the old witch of the woods, you will explore a strange countryside, collect magic ingredients, brew sorcerous spells, and pass judgment upon a cast of characters. The game lands this fall on PS4 and PS5. It is also coming to Steam, Xbox, and Switch.

Thomas Happ Games revealed new information on Axiom Verge 2, describing it as having two worlds in one. According to Happ, behind the overworld map that has been shown in trailers, there is another interconnected breach world in an alternate dimension. The game will allow you to enter and exit the breach and discover how that world is connected to the overworld. There will be secrets you can only find in the breach and will play almost like two games in one. A date was not provided for the game, but it will apparently arrive soon on PS4 and PS5. It is also coming to Switch and the Epic Games Store.

Coming to PS4 and PS5 is Oxenfree 2: Lost Signals from Night School Studio. The supernatural narrative adventure game tells the tale of a researcher who stumbles upon ghostly happenings. Taking place five years after Oxenfree, in it, Riley returns to her hometown of Camena to investigate mysterious radio frequency signals causing curious disturbances. Slated for release sometime this year, it will also launch on Switch and Steam.

Currently available for PC and Switch, A Short Hike is coming to PlayStation this fall. In the exploration game about climbing up a mountain, you play as a bird named Claire who will freely explore the mountainside and help other folks along the way. You will also find it has a variety of mini-games to discover on the off-paths. These include fishing, boating, and a form of volleyball. The game is slated to arrive in the fall, and players will be able to fine-tune the pixel size to their preference. On PS4 Pro and PS5, you can even view A Short Hike in 4K.