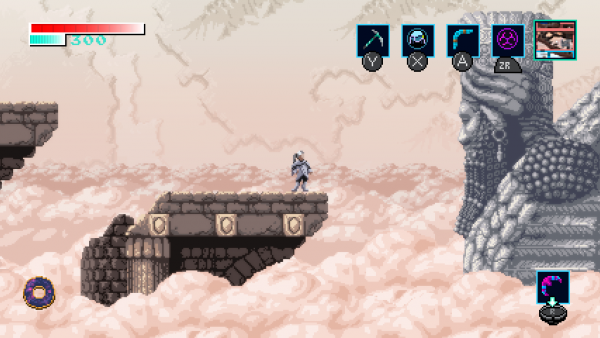 Axiom Verge 2, the follow-up to one of the best modern Metroidvania titles we’ve seen, has surprise launched today on multiple platforms.

The original Axiom Verge came out in 2015, and though we’ve known that the follow-up was due to arrive at some point, it can be safely said that very few people were expecting it today.

“Axiom Verge 2 is part of the same story as Axiom Verge 1 but is a completely new game: new characters, new powers, new enemies, and a new world. You can play it before or after the original,” says the blurb for the game.

Check out the launch trailer below.

Axiom Verge 2 from Thomas Happ Games was initially announced back during a Nindies stream in 2019 and was delayed into 2021 in October last year. According to a blog post from the developer, a “number of factors” led to the release schedule being pushed into this year, so we’re happy we finally get to see the game in action now.

Axiom Verge 2 is coming later today for Nintendo Switch, Playstation 4, and Epic Game Store, and – as per a message on the game’s site – a dedicated PS5 version of the game is due to land at some point, too.

READ  Sometimes A Certain Player Can Really Have An Impact... | NINJA #shorts

Ashes of Creation Steven Sharif Called To All The Testers