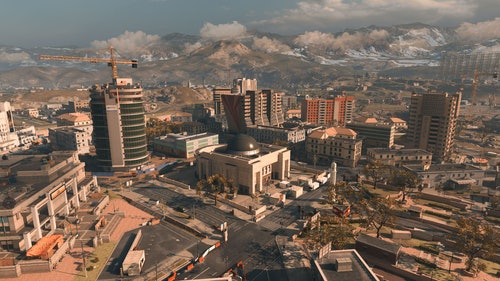 Call of Duty: Warzone’s Verdansk map is iconic. Despite its mostly superb design, one area is particularly frustrating, especially to new players. Ahead of Warzone season 6, Activision released a new trailer, revealing a major change to this specific location, which could be exactly what Verdansk needs before the new Pacific map launches later in 2021.

On September 28, a new trailer for Warzone Season 6 debuted, featuring callbacks to the Black Ops series. But aside from the narrative components, the trailer also reveals a major gameplay change: The Downtown area will be destroyed.

In the trailer, a bomb underneath Downtown goes off, leading to nearly all the buildings collapsing, along with the Stadium across the street. It’s unclear what sorts of implications this will have when the new season launches, but it could be exactly what Verdansk needs, since Downtown is notoriously the most frustrating area on the map.

Variety is part of what makes Verdansk so much fun. From the open fields of the Novi Grazna Hills to the intricately designed Airport, the many different locations offer a diversity of gameplay experiences. There’s a major emphasis on verticality, too, as demonstrated by the Hospital and Array, where claiming and holding higher ground is a valid strategy. The complexity with which places of interest are designed encourages experimentation and rewards quick thinking on the player’s part.

But the Downtown area is arguably too complex. The many buildings offer a multitude of options, but anyone passing through is automatically at a severe disadvantage. 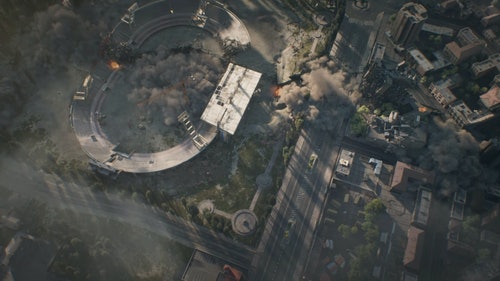 Highly skilled players are known to hold the Downtown area since it has so many tall buildings with excellent vantage points that overlook the surrounding area. Downtown also has a lot of cash and loot in a condensed spot, meaning players can quickly overtake the location and collect their loadouts before anyone else.

This also means, however, that anyone passing through Downtown after the first zone will have a rough time making it through alive. Sometimes, you can go around Downtown, but other times, the gas leaves you with no choice but to go through it. The problem is that it often comes down to luck.

There might be a full squad sitting on top of a building just waiting to snipe you. Or worse — there could be a team inside a building, giving you a false sense of security as you take refuge within the walls of the structure, only to be torn down as you make your way through. It’s rough, to say the least. 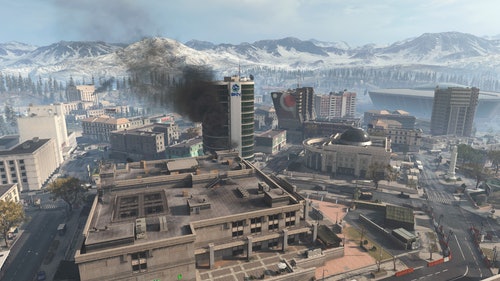 Since Downtown is such a popular area, it makes sense that Activision kept it intact for so long. Despite its popularity as a destination, Downtown is controversial. Many love it. But many also hate it. And the shift to Verdansk ‘84 left it mostly intact. We know a brand new map will replace Verdansk in 2021, so what better way to spend the last couple months than with a revamped version of Downtown?

Many Downtown headaches might soon be a thing of the past. It’s unclear if all the buildings will be totally destroyed, leaving the rubble in their place, or how the location will feel following the update. Our hope is that Downtown will be easier to navigate at the very least, giving outsiders a better chance if they happen to pass through.

Perhaps this means there will be fewer buildings you can enter, or more opportunities to reach a decent vantage point on the outskirts. It would be interesting if some of the collapsed buildings could still be entered, but at an angle, since they’ve toppled over. Or maybe the rubble will alter the terrain in this area, giving players of all skill levels a fighting chance. Fortnite has done similar map adjustments in the past, even building new structures atop the debris to some extent. Perhaps an excavation outpost might pop up in the remains of Downtown?

Assuming Season 6 does fix this area so it’s more balanced, it’ll make for a better Warzone experience overall — which is something the game really needs right now.