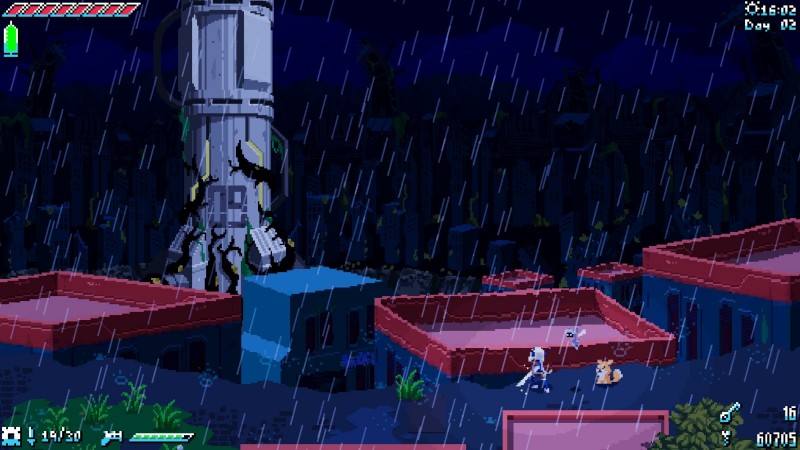 Unsighted combines entertaining and thoughtful combat and engrossing exploration with a devilish premise. As Alma, you’re a human-like automaton who awakens with amnesia and faces two problems. First, your partner, Raquel, is missing. Second, the world has lost its Anima, the energy source that gives automatons emotion and free will. When an automaton runs out of Anima, it devolves into an Unsighted, a mindless monster. Alma’s action-adventure romp becomes a genuine race against the clock to spare as many friends as possible from this fate.

I love that Unsighted’s unique premise isn’t a bluff. You and everyone you meet has a timer, visible in conversations and measured by in-game hours, indicating how long they have before they turn into monsters. Friends, shopkeepers, quest-givers, your fairy-like sidekick. No one is exempt – yourself included. If someone goes Unsighted, you’ll have to put them down, which means you miss out on sidequests or, if it’s a vendor, the option to buy certain goods. An Animal House-style “where are they now?” ending shows what happens to the people you save and provides plenty of good reasons to replay the adventure.

These genuine stakes kept me engaged throughout the journey as I tried to save whoever I could, making me question my actions in ways I normally wouldn’t. Do I spend precious minutes solving an optional puzzle for its prize or hunt for scarce, time-extending Meteor Dust to prevent someone from turning? This system can be stressful, but time doesn’t fly too fast, providing room to comfortably explore for the most part. Unsighted further alleviates the pressure in other creative ways. For example, if you lose a vendor, you can craft goods instead and perhaps save Meteor Dust for someone else. There’s even a character who can kill an NPC of your choice and add their remaining time to yours. This option poses an interesting moral quandary, but I utilized her services twice and always left feeling dirty but relieved.

Unsighted does an excellent job covering its bases in the event everyone gets wiped, and while selfish players can get by letting everyone suffer, I found compelling reasons to keep characters around. Meteor Dust also raises NPC’s affection level, which rewards discounts on valuable gear or opens side missions that you discover as you talk to folks about their backstories. I fought tooth and nail to keep Iris, Alma’s fairy-like companion, around long enough to learn the fate of her missing sister. I genuinely felt bad when someone turned, either because I lost easily accessible items or because I grew to appreciate their colorful personality.

To save the world, you must collect five meteor shards scattered across interconnected, multi-level biomes, each guarded by a big boss. Unsighted’s slick combat allows players to dual-wield combinations of melee weapons and firearms. The action feels great and requires a thoughtful approach thanks to a stamina meter and a satisfying parry, which stuns foes for devastating counterattacks. I loved deflecting multiple incoming assaults, then one-shotting stunned attackers. Pistols, shotguns, and even flamethrowers sport an active reload for added tension, but nailing that timing is a bit tricky. The wide variety of enemies and creative bosses are tough but hit the sweet spot between challenging and fun.

I enjoyed tinkering with Alma’s capabilities using ability-granting chips, which let you create specific builds and negate more restrictive elements. For example, I found a chip that removed the stamina cost for running. Cogs compliment chips with temporary effects like an instant revive or limited invulnerability. Platforming feels great and is more fluid than I expected in a top-down game but judging distances and angles during certain jumps is tricky given the perspective. Falling doesn’t damage Alma, but it is still irritating. As a whole, though, Unsighted plays like a dream.

I had a great time exploring the beautiful, pixel-art world and uncovering hidden upgrades and shortcuts. Dungeons boast exceptional design and plenty of variety, each with a distinct theme centered around fun items such as a grappling hook or ice grenade. Marching through a lava-filled factory in a mech suit is as entertaining as surfing rail networks atop a giant, Beyblade-esque spinning top. The puzzles are well designed overall, although the back-and-forth runaround required to complete some of them is tedious and clearly designed to force you to burn time. Like the best Metroid-style games, progression-based abilities serve more purposes than opening paths. I loved using the grapple hook to yank enemies towards me as much as zipping across gaps.

Unsighted hooked me thanks to its fascinating world, awesome combat, and a doomsday clock that enriches the adventure. It’s one of my favorite surprises of the year because my actions made a genuine impact on the world, and they didn’t always pan out the way I hoped. Though I lost friends along the way, my desire to see this exceptional adventure to its end only grew with each passing hour. 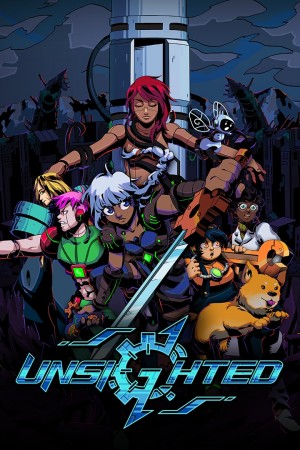 Summary: Unsighted is an engrossing and action-packed race against time where everything you do impacts which of your friends survive who turns into monsters.

Concept: As a machine with amnesia, you must rescue your lost lover and restore your allies’ lifeforce before they turn into monsters

Graphics: The pixel art world looks great, and biomes have a nice visual variety. Animated cutscenes sell the drama while further showing off the art

Sound: Unsighted is full of jazzy, hum-worthy tunes, especially in its dungeons

Playability: The hack n’ slash combat requires a fun mastery of parrying and stamina management. Shooting works, too, though the active reload is tough to execute

Xbox, Sony, and AbleGamers are building a more accessible future for video games