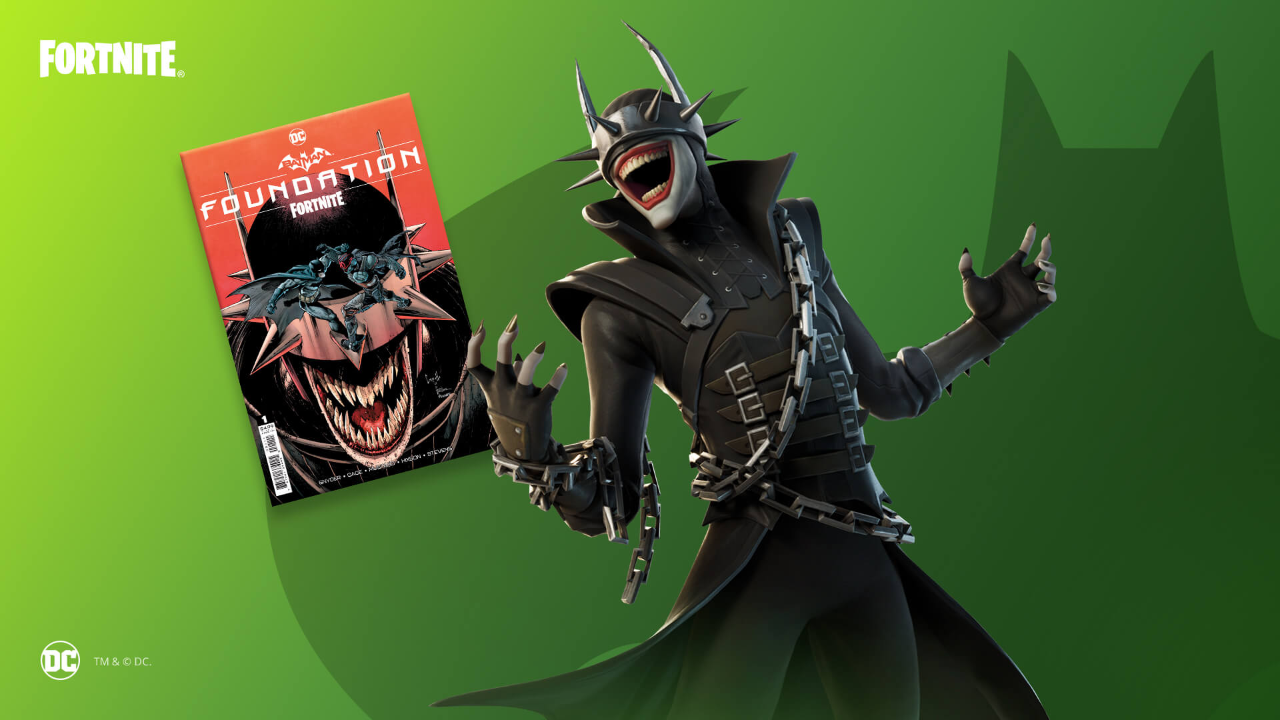 The new comic will follow the story of The Foundation after last being seen at the end of the Chapter 2, Season 8 Story Trailer. “You may remember The Foundation at the bottom of the ocean, activating after a long slumber. But this ocean was not the Island’s. The Foundation has found himself in Gotham Harbor, and in Gotham he detects energy from the Zero Point.”

The ‘Batman/Fortnite: Foundation’ comic will be available to purchase in stores from October 26, 2021, with each purchase providing a redeemable code for the new ‘The Batman Who Laughs’ Outfit.

The new ‘The Batman Who Laughs’ Outfit, which belongs to the new Dark Multiverse Set, will be available to purchase through the in-game Item Shop on October 26 at 8PM ET.

As well as the new Batman Outfit, the new Dark Multiverse Set also contains a Back Bling, Glider, Harvesting Tool and Loading Screen, with the Back Bling and Loading screen included with the redeemable code from the comic.

Codes for the new Batman Outfit that can be obtained with the new comic will expire on November 12, 2025.

We’ll keep you updated as more information is revealed about the comic and the story behind The Foundation.

New World Review - Is It Still Worth Playing? (305 Hours Deep)