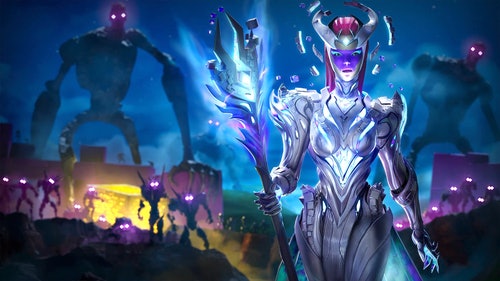 Fortnite Season 8 is finally nearing its end, and that could mean a new live event very soon is going to obliterate the battle royale island. New leaks from reputable sources suggest this isn’t just any old season-ending experience, because it could mark the end of Chapter 2 as we know it. Here’s everything we know about “The End” live event coming soon to the Island.

When is the Fortnite Season 8 “The End” live event?

According to trusted Fortnite dataminer, HYPEX, The End live event for Fortnite Season 8 is expected to take place on the afternoon of Sunday, December 5. Once the event ends, the game will go offline until the morning of December 7. 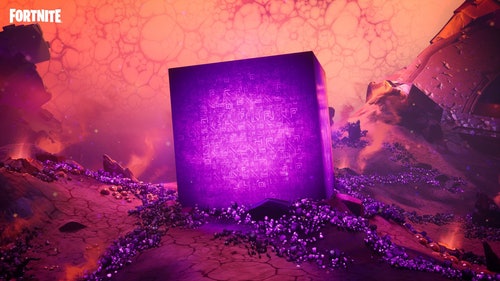 In other words, the infamous “Blackhole” that ended Chapter 1 will be returning in the final moments of Chapter 2. Fans will have to endure a few days without Fortnite, but what comes next should be worth the wait. A precise time for the event has not been announced, but we’ll update this codex with that information as soon as it arrives.

What are the Fortnite Season 8 live event leaks?

Unfortunately, not really. There are a few tidbits that seem pretty predictable, though, so we’ll cover those. As fans who’ve been following Season 8 closely will likely know, the Cubes have invaded Fortnite, and that mess will progress into the next few weeks. As we can see from this image surfaced by leakers Zatheo and PeQu, the cube invasion is going to start looking pretty bad going forward.

This strength in numbers is, of course, the result of the Cube Queen summoning power from her pyramid found at the center of the map. 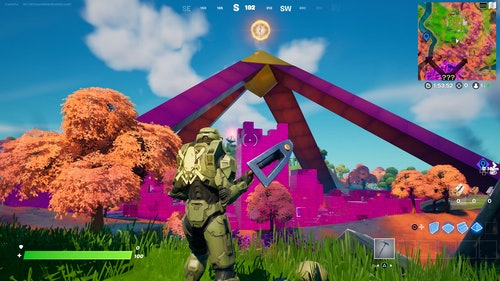 Run the queen’s cackling sounds and laughter through a spectrogram, and you’ll see this image outlined by HYPEX. It appears the pyramid is surrounded by an electric current and is shooting bolts into the sky. Will this moment somehow be part of the upcoming event? That’s certainly a possibility. If not, something like this will almost assuredly factor into the leadup to it.

Given that Season 8 is supposedly the end of Chapter 2, it goes without saying that the Cubes and Cube Queen will at least partially conquer their mission to disrupt reality. When that terror unfolds, the force it unleashes will presumably be strong enough to take down Fortnite’s servers. The Season 8 launch trailer featured a brief glimpse of the Foundation, so might he somehow be responsible for saving the Island on the brink of extinction? That certainly sounds reasonable to us. Leaker iFireMonkey suggests the Foundation will have voice lines during the event.

To combat the good guys as the action unfolds, it’s said that the Last Reality will be able to eliminate players and that the Cube Queen herself will function as an NPC. Much like the previous fight against the aliens, it sure sounds like the Fortnite community will be confronting the Cubes to cap off Season 8.

Fortnite update 18.40 was published November 16 and is intended to be the last major update for the Season 8 Battle Pass. With that fact in mind, it’s possible we may not see many more leaks going forward. If more info does become available, we’ll do our best to post it here.